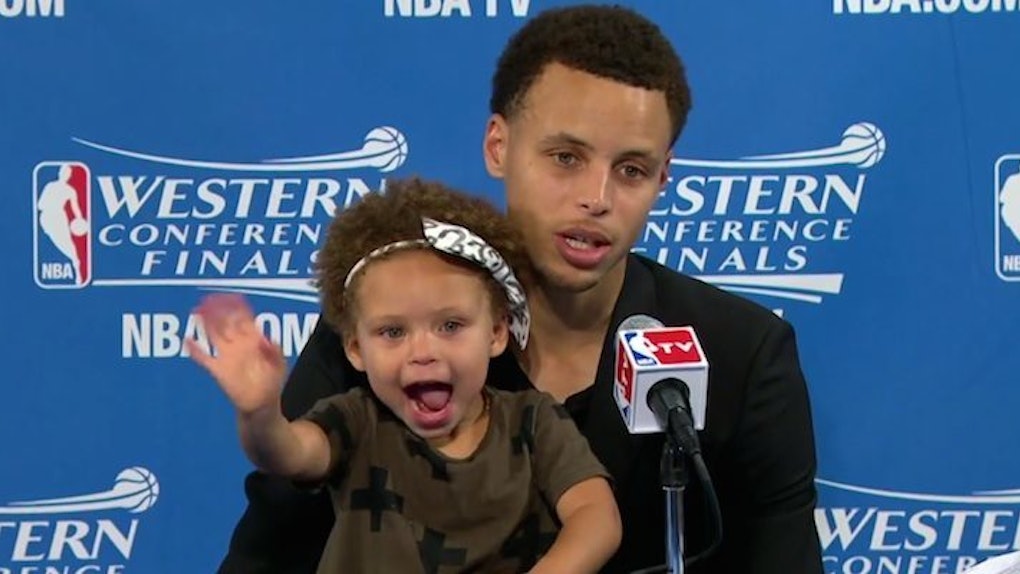 Last night, Steph Curry and the Golden State Warriors defeated James Harden and the Houston Rockets to take a 1-0 lead in the Western Conference finals.

And while regular season MVP Steph Curry may have been the hero, scoring the final nine points for the Warriors in the fourth quarter to seal the win, his young daughter actually stole the postgame show.

Riley Curry joined her dad on the podium to field questions from reporters after the game, and she was about as adorable as humanly possible.

Earlier in the playoffs, we saw Derrick Rose bring his son to the podium, and Chris Paul has done so in the past, too.

But Riley might give both of those youngsters a run for their money as far as cuteness is concerned.