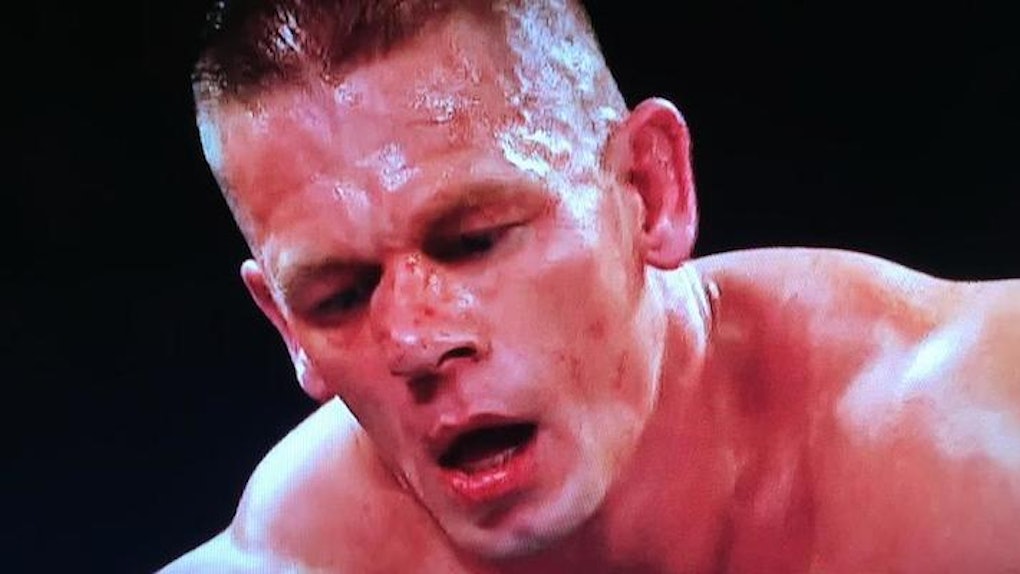 The match was temporarily halted so WWE physician Dr. Steve Daquino could tend to Cena. But Cena, being the champion he is, not only finished the match, he submitted Rollins for the win.

He's got quite a bit of displacement, so we sent him over to the local emergency room so he can be evaluated by the ears, nose and throat doctor who's on call tonight and see what can be done to properly repair it.

Check out the bone-crunching hit in all its glory below.

Only a true champion could have his face messed up like this but still hang in for the win.

We see you, John Cena.