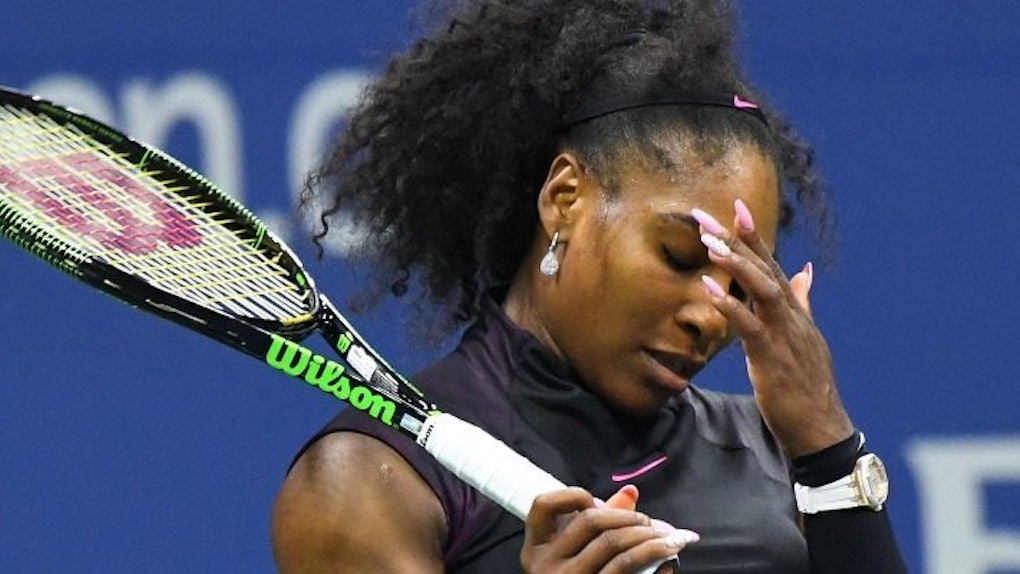 On Thursday night, Serena Williams cruised into the third round of the 2016 US Open with another straight-sets victory.

However, Williams is making headlines this morning for a very different reason.

Per the Daily Mail, it appears Serena Williams dined at Ricardo Steak House in Harlem, New York last weekend, and didn't leave a tip on a $400 meal that she and her guests were comped to in the first place.

This seems very unlike the 34-year-old tennis superstar. But according to a witness, in addition to not tipping the waitstaff, Williams didn't even say "thank you" before leaving Ricardo Steak House.

Again, I'm struggling to believe this is the case, especially after learning that Serena's $400 meal was on the house.

According to the Daily Mail, Ricardo Steak House wouldn't comment one way or another about the claim that Serena Williams tipped $0 on a free meal.

So often, the 22-time Grand Slam singles champion is in the media for all the right reasons, whether it's her domination on the tennis court or her empowering work away from the game.

Citations: Double fault! Serena Williams 'gets $400 steak dinner comped but fails to tip waitstaff - and leaves without even saying thank you' (Daily Mail)