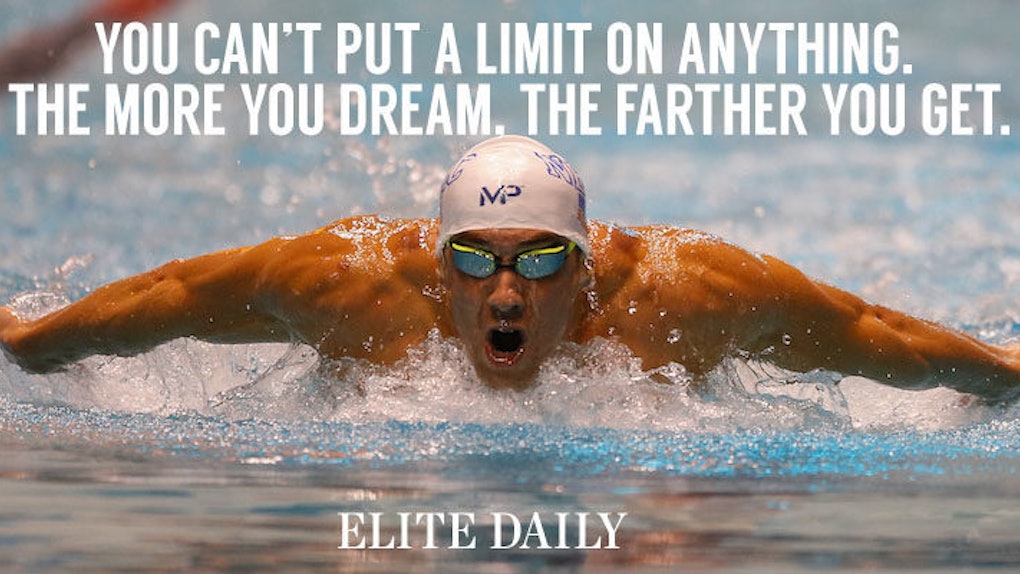 We know you're at a fork in the road right now. Yes, we're talking to you.

How do we know? Because a study from the University of Pennsylvania found only 77 percent of people who make resolutions are still sticking to them a week into the new year.

And here we are, eight days into 2016, a full week has passed. Yes, you are at a crossroads. And we, as always, are here to help.

If there's any group of people who are well placed to give you advice just when you're about to let your lazy side prevail, it's the athletes who push themselves to the limit for a living.

Luckily for you, you don't have to go searching for that advice. Here are 20 quotes from famous athletes that'll motivate you to keep going with those resolutions.

When you're thinking about quitting after an early setback

When you think you have justification for giving up

When you know you have the right plan, but you're worried about hurting feelings on the way

When someone else has gotten to the same point you want to reach, but faster

When your most important goal is embracing yourself

When you relax after achieving a couple days of success

When you're thinking about selling yourself short

When you're afraid to deliver the hurtful truth

When the process starts to become unenjoyable

When you wonder how everyone else managed to make it

When you already have a lot of work ahead of you, but spare time for doubt

When you want to give up on an idea

When you think "maybe next year"

When you've run out of inspiration