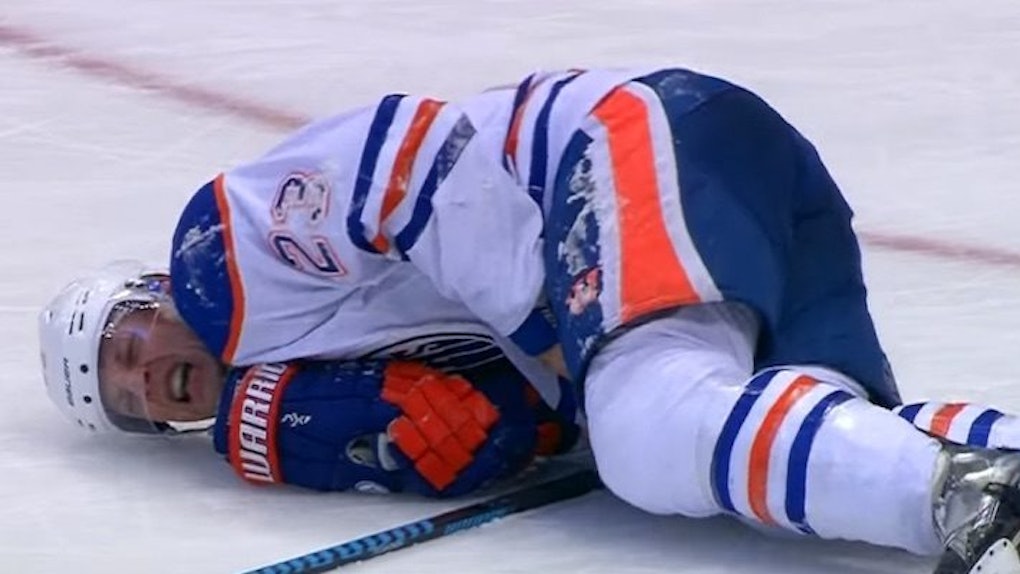 I'm not sure if Edmonton Oilers center Matt Hendricks believed in God prior to last night's game, but I'm almost positive he does this morning.

Last night, Hendricks took the full brunt of a wicked slap shot from the Dallas Stars' Alex Goligoski. And while it's never fun to block an NHL slap shot at point-blank range, it's the absolute worst to block one with your dick.

The above video is tough to watch as you can see Hendricks go down like a wet sack of beans after taking a shot to his boys.

Mercifully, officials stopped the game so Hendricks could receive aid, but that did nothing to mitigate the excruciating pain he felt.

Hendricks eventually limped off the ice, and after the game, he took to Twitter to post a picture of his protective cup, which was completely cracked as a result of the shot.

Clearly, Hendricks has a guardian angel watching over him.