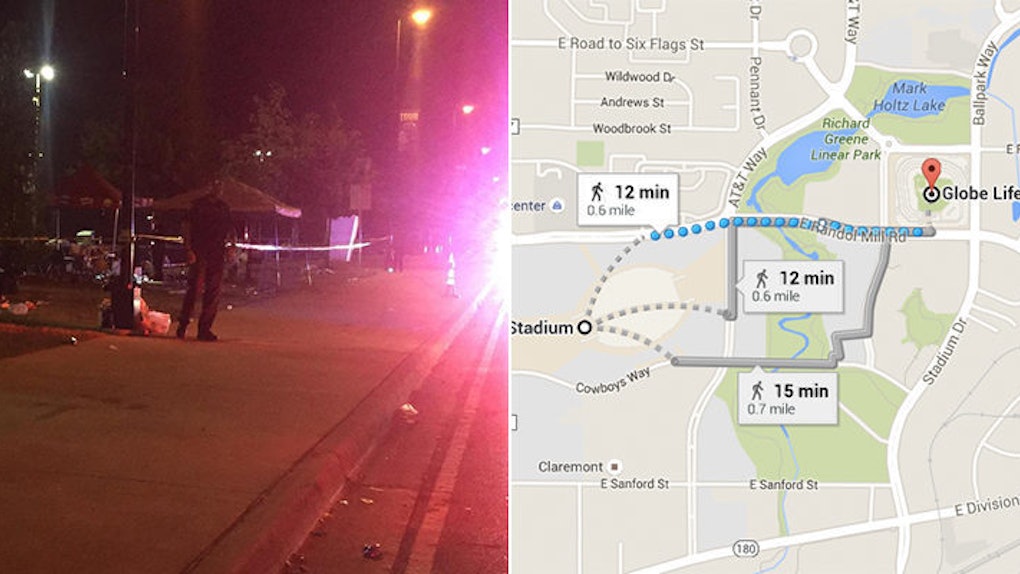 Following yesterday's game between the Patriots and Cowboys in Arlington, Texas, a man was reportedly shot in the AT&T Stadium parking lot, and he is in critical condition.

Two off-duty police officers found the victim, who's in his early 40s, after they responded to the incident around 8:30 pm.

According to Arlington police, a suspect was arrested, and the victim was airlifted to a hospital in Fort Worth, Texas.

Police said the suspect also received medical attention after he hurt his leg while trying to evade capture.

It's unclear what precipitated the shooting, but the area was extra crowded as a result of the Texas Rangers' playoff game at nearby Globe Life Park. The two stadiums are about a 12-minute walk from each other.