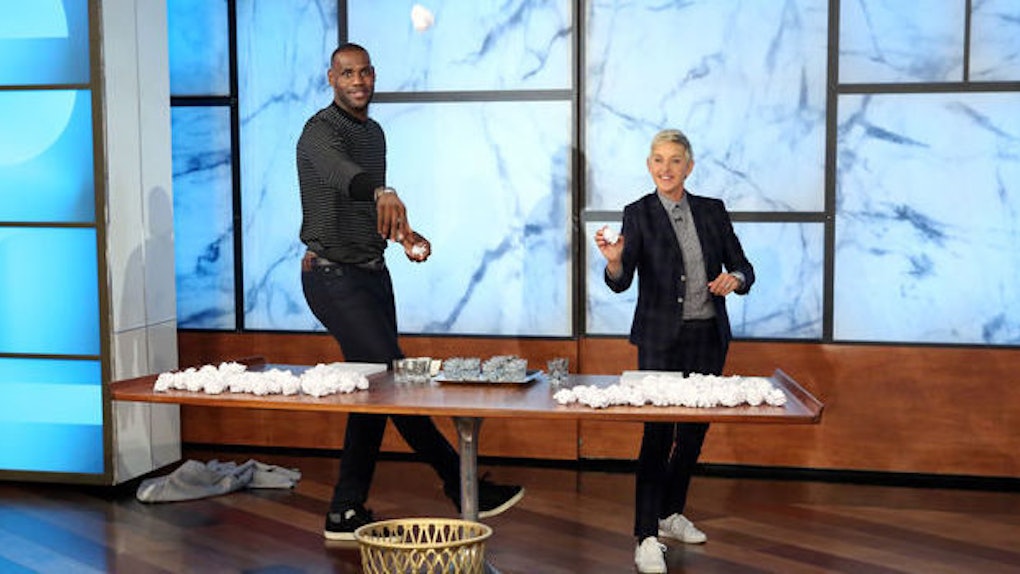 Cleveland Cavaliers superstar LeBron James might still be on summer break, but that doesn't mean he isn't always working on his shooting skills.

King James recently joined the set of the "The Ellen Show" to talk about what it meant to win an NBA championship in his home state, his vacation in Italy, going to the gym every single day of his life, becoming the highest-paid basketball player of all time and his arch nemesis, Steph Curry.

After shooting the breeze with Ellen for a few, LeBron James was challenged to the most competitive "Wastebasket Challenge" game you'll ever see.

As you can see in the video above, LeBron and Ellen went back and forth trying to get crumpled up pieces of paper in wastebaskets moving around on Roombas.

I don't want to ruin the competition for you, but let's just say both LeBron and Ellen left the studio feeling pretty happy.

Oh, and there's no way those shot glasses were filled with water. Absolutely zero possibility of that being the case here.