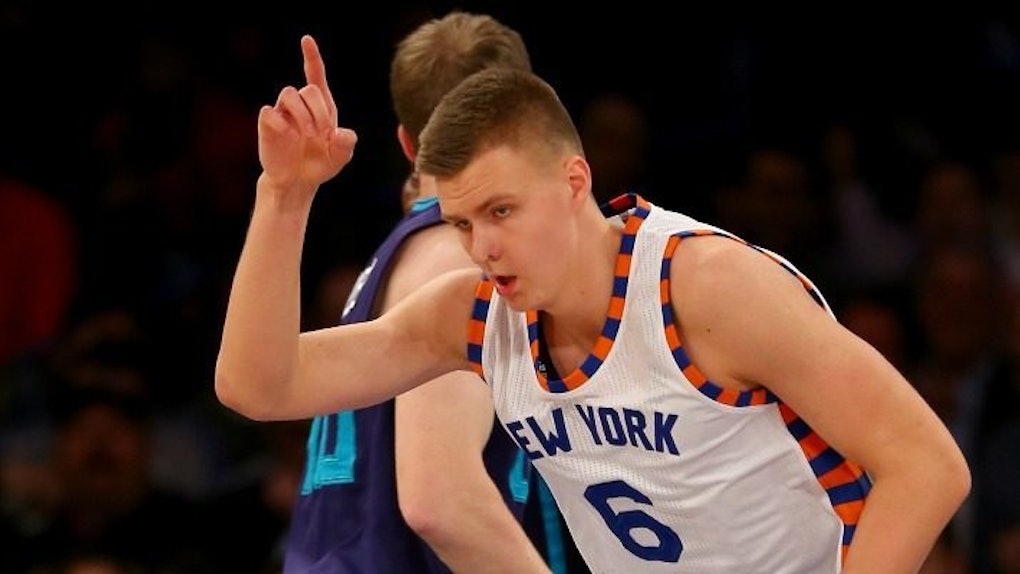 In case you decided to not to watch Jeremy Lin's return to Madison Square Garden last night, you missed the moment everyone and his or her mama were talking about this morning.

In response to PorzinGOD's move, the Internet went into major meltdown mode.

Here are the best tweets to kick off your Wednesday morning.

It hasn't taken Kristaps Porzingis long to adapt to the speed of the NBA...

...and after pulling off the dream shake last night, the Internet is exploding.

A nice glass of DREAM SHAKE via Kristaps Porzingis is good for your soul this morning https://t.co/BcOfIspEdR — HuffPost Sports (@HuffPostSports) November 18, 2015

Even stars from other sports are taking notice of the 20-year-old.

If Porzingis was ever lost, he's now most definitely found.

Some folks are a little cranky about the media comparing Porzingis to Hakeem...

I like Porzingis. But terrible ESPN using him in same sentence as "Olajuwon" and "dream shake" is not OK. Hakeem would put 40 on him. Today. — Dan Bartemus (@SpartyBarte) November 18, 2015

...but the majority of folks appear to think otherwise.

The young Latvian has healing powers the Big Apple has never seen...

Porzingis has single-handedly brought life back to New York. I'm a fan after that dream shake — Joshua Huang (@JoshyMantou) November 18, 2015

...and he is definitely modeling his game like an NBA classic man.

For those who thought the Knicks wasted yet another high draft pick, y'all better think again.

In addition to the shake, Porzingis dropped 29 points on Charlotte to finish head of the class.

I can't wait to see what this kid does the rest of this season.