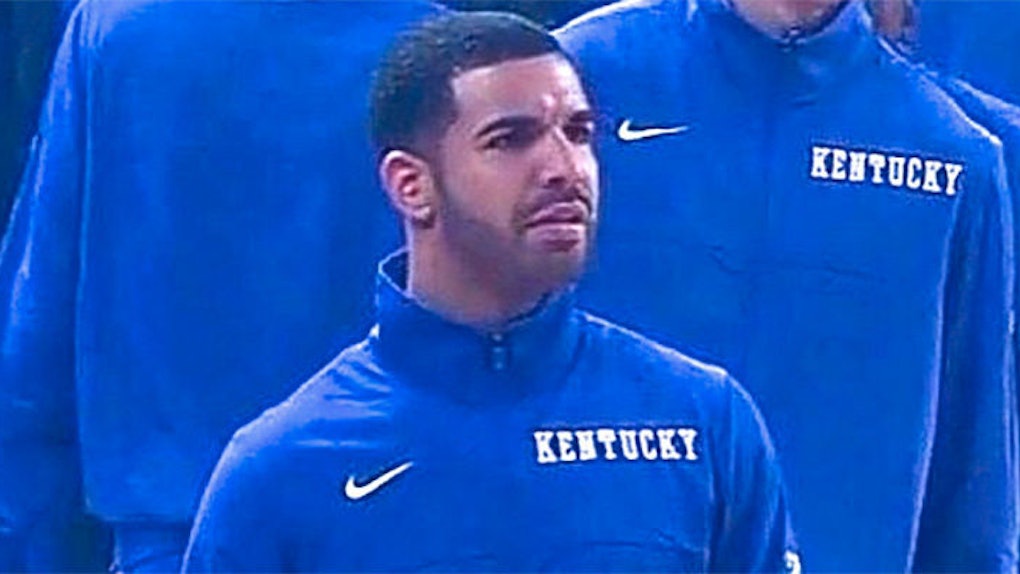 The University of Kentucky just found a whole new way to deal with stage five clingers.

In layman's terms, even looking like you've arranged a meeting between a "potential student athlete" and celebrity could be a violation of NCAA rules (which are pretty much set up to prohibit having any fun that doesn't make the NCAA itself richer, but I digress).

Looking to avoid trouble, Kentucky self-reported itself and informed the NCAA it'd reach out to Drake.

Sporting News reported the details of the letter:

Now, we should mention it's the recruit who asked Drake for the photo and head coach John Calipari took to Twitter to try to clear things up.

There are no issues with @Drake and UK, and Drake is and always will be a part of our Big Blue family. I hope to see him on campus soon. — John Calipari (@UKCoachCalipari) July 22, 2015

But what's done is done. And we all now what this whole thing stems from.

Drake is just around Kentucky way too much.

So much that he's participated in their layup lines.

So much that he's at Wildcat events when the basketball season isn't even in session.

So much that the school basically had to send him a letter and ask him to stop being such a groupie. Damn.