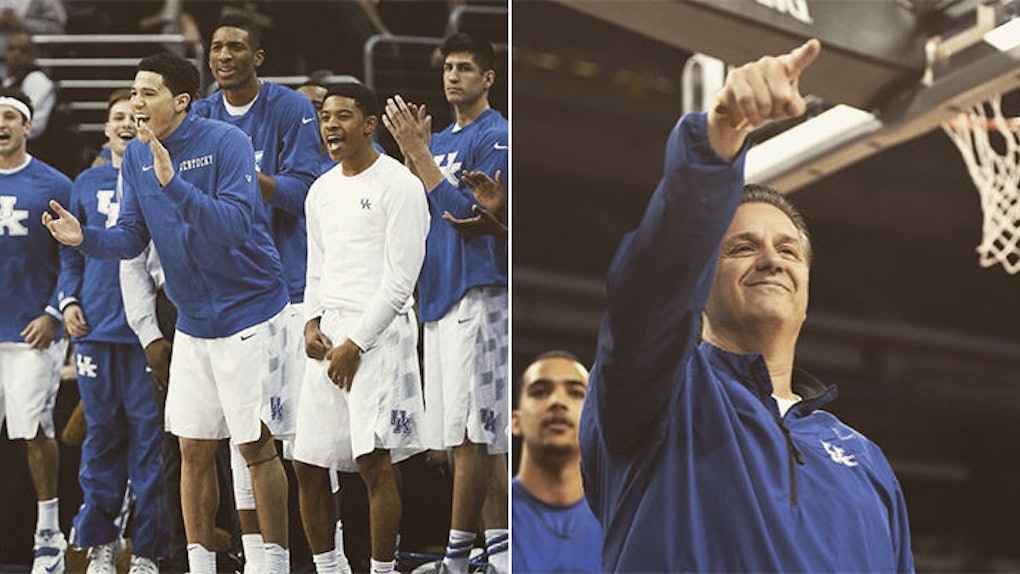 In 2009, during my freshman year of college, the attention of the basketball world returned to where I, along with every other Kentucky Wildcats fan, believed it should be at all times: the Bluegrass State.

Growing up in Lexington, Kentucky, everything was centered around University of Kentucky basketball. Rupp Arena sits in the middle of the city’s downtown area like the Roman Coliseum.

Toddlers know more Wildcat players by name than Sesame Street characters, and seeing even one of the walk-ons at the barber shop is news they can’t wait to share at school the next day.

During my final two years of high school, Billy Gillispie was the Wildcats coach.

He started off by signing Patrick Patterson, which excited everyone and made the memories of Tubby Smith quickly evaporate.

In-between late-night escapades at various Lexington bars, Gillespie led the team to an unspectacular first season NCAA tournament appearance before following it up with a second year that ended in the NIT.

There are no second chances in Lexington. Big Blue Nation had seen enough. Gillispie was out; Johnny Cal was in.

To say Coach Cal hit the ground running is an enormous understatement.

He convinced Patterson to stick around and kept the commitment from Gillispie signee Daniel Orton, all while going out and securing signatures from DeMarcus Cousins, Eric Bledsoe and John Wall.

The team was Cal’s first edition of one and dones in Lexington, and they did not disappoint.

The season ended with an Elite Eight loss to West Virginia, but Big Blue Nation was surprisingly content with the season as a whole. The next two seasons were a step in the right direction, culminating in a championship in 2012, Cal’s third year.

Even during the Cats’ disastrous 2012-13 campaign, which ended in a first-round NIT loss to Robert Morris, the team was a constant topic of conversation.

“What is wrong in Lexington?” and “Is the one-and-done era over at UK?” were frequent topics of conversation on national television and radio shows. Cal responded the next year with a loss in the championship game in 2014, followed by a nearly undefeated season this past year.

So, here we are. Kentucky has the number-two-rated recruiting class coming in, headlined by Anthony Davis-esque big man Skal Labissiere.

So, why does it feel like the unbelievable momentum Big Blue Nation has been riding the past five years is finally beginning to slow? The Duke Blue Devils are the national champions, and they will be sending just as many one-and-done guys to NBA lottery teams as the Cats.

Within the past 24 hours, another blue-chip recruit, whom Kentucky had made an offer to from the class of 2016, said no and opted to head to East Lansing to play for Tom Izzo.

Kentucky will be loaded with talent next year, but there isn't the same buzz surrounding this year’s team as there was last year’s. For what feels like the first time in Cal’s tenure at UK, the college basketball conversation has moved elsewhere.

It could just be that everyone truly believed last year's Cats would run the table. How could they come so close and fall just short of reaching the finish line? The word "deflating" doesn't do it justice.

Even though there will always be talent in Lexington, we will never see a group quite like the one we witnessed this past season. How intense will the hangover be? I expect it to be on par with New Year's Day.

Cal is still getting guys to sign, but he is starting to hear "no" more and more. The other coaches are beginning to wise up to the tactics that put him so far ahead for so many years.

More and more men are choosing to play for the teams they grew up rooting for and who can now offer the same path to the NBA as UK.

Arizona gets all of the top guys in the west; Michigan State is plucking a good amount of the top midwestern players, and teams like Cal, LSU and UNLV are making noise on the national level.

I will say there is no better innovator in college basketball than John Calipari. If there is a way to regain the separation he has had for so long, he will find it.

I just hope he finds it in Lexington rather than Cleveland.