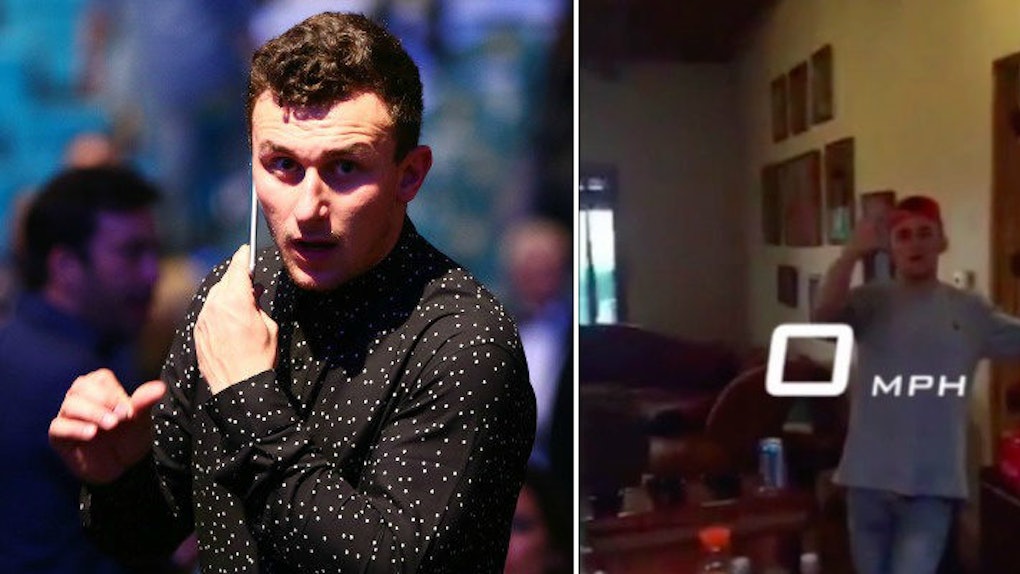 Despite whatever football talent he may possess, it's hard to look at Johnny Manziel right now as anything other than a dude with an apparently very serious partying problem.

The latest Manziel saga allegedly took place at a $4.5 million Airbnb home in Los Angeles where, according to reports, Manziel and his crew inflicted $32,000 in damages to the home.

As you can see in the video above, Manziel's rager even came complete with a resident tattoo artist.

According to reports, Manziel and company left the West Hollywood house in terrible shape. There was reportedly cocaine, mushrooms and alcohol everywhere, in addition to cigarette burns in the carpets.

Manziel and his friends were reportedly supposed to vacate the premises at noon, but the former Cleveland Browns quarterback was found passed out on a sofa at 2 pm.

They were supposed to check out at noon. Manziel was passed out... There was cocaine all over the kitchen table, and mushrooms were still out on the table in front of him. There was booze everywhere... broken glasses over the floor and a Champagne glass in a tree.

Champagne glasses in tress? Where they do that at?