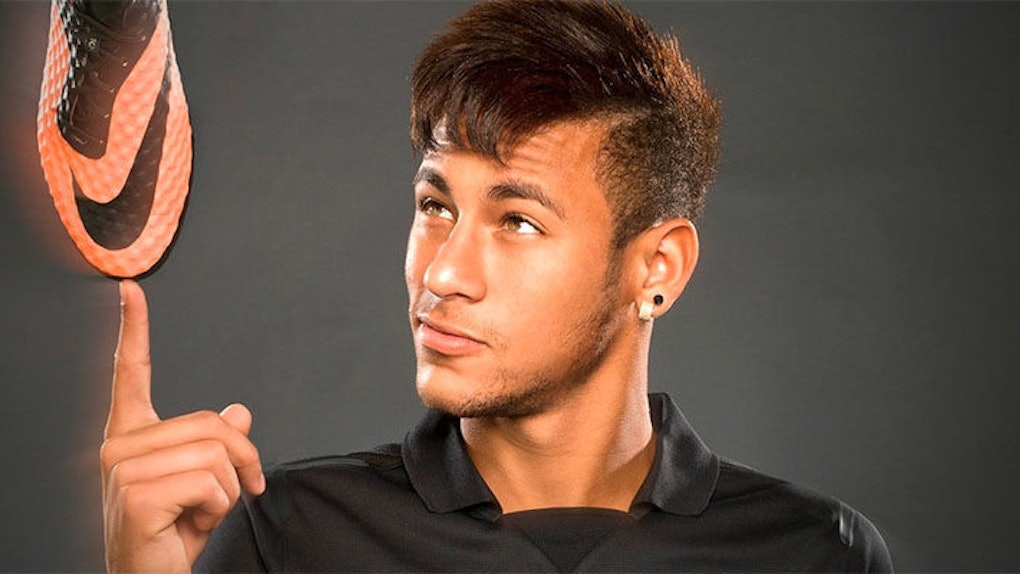 Nearly two decades after it was signed, a historic $400 million sponsorship deal for the Brazilian national soccer federation has now dragged Nike into the biggest sports scandal of 2015.

That much was made clear by the US Department of Justice on Tuesday morning as it released the details regarding its crackdown on FIFA and corruption in international soccer, a subject that exploded onto the news scene during the wee hours of the morning when Swiss authorities ambushed FIFA executives at a luxury Zurich hotel.

The ensuing arrests, which came at the request of US authorities, were further explained today during a press conference in Brooklyn.

But with all the talk off high-level soccer figures being subject to extradition, you might have missed the one part that implicated America's most popular sports apparel company.

In a very easy-to-skim-over passage of the DOJ's official press release, it states,

Other alleged schemes relate to the payment and receipt of bribes and kickbacks in connection with the sponsorship of CBF by a major U.S. sportswear company, the selection of the host country for the 2010 World Cup and the 2011 FIFA presidential election.

As the DOJ's press conference went on, the general watching-while-tweeting public took a while to gather their thoughts -- wait, who? -- but it wasn't long 'til people began to connect the dots.

Indeed, Nike did sign a $400 million deal in 1996 to sponsor the Brazilian national soccer federation (CBF). It was a deal that the aforementioned Times article regarded as the "largest single sports transaction" of its time.

The article, which was written by the Times' former South American bureau chief Larry Rohter, detailed a then imminent, Brazilian-led investigation into Nike's deal.

We have an absurd, totally crazy situation in which at the same time the federation is taking in money with this fabulous contract, it begins to show a deficit on its books and to look to the government for tax relief.

The article also mentions one of the aspects of the deal that raised a red flag for Brazil politicians was the involvement of the Traffic Group, a sports marketing company led by a Mr. José Hawilla that served as the middleman in negotiating the deal.

That fact further thickens the plot in light of the DOJ revealing the figures who plead guilty during its three-year investigation.

During their press conference, US Attorney General Loretta Lynch and her colleagues revealed that the same José Hawilla mentioned in the Times article plead guilty this past December to four charges and forked over $150 million in exchange for leniency.

All of this becomes even more interesting when you consider the discourse years ago regarding Nike's deal. As Forbes contributor Darren Heitner pointed out, Nike's deal, which has since been extended to 2018 at a price tag of $34 million per year, already appeared shady back then.

Just consider this excerpt from a 2001 article in The Guardian, which quoted Juca Kfouri, a leading sports columnist in Brazil, in regards to Nike's right organize international games on behalf of Brazil:

It is obvious to me that the CBF gave away sovereignty. The CBF is more interested in remuneration than the interests of the Brazilian national team.

So, yes, at the time the deal was already a little suspect. Now, though?

That very same deal could make Nike the subject of what is basically a huge sports scandal that just happens to involve the US Department of Justice, FBI and IRS.

And, just so we're clear, the Brazilian national soccer federation has many sponsors.

But between the DOJ specifically pointing out an "American sportswear company" and the list of sponsors that is displayed at the bottom of the CBF's official site, Nike very much appears to be the company in question.

If Nike is truly connected, that would mean that it was involved in a monster deal that was essentially facilitated by bribes.

Of course, no one knows whether the company is proved to have been involved, but the fact that we have ample reason to believe Nike is a culprit makes the company the most shocking suspect of this huge scandal.