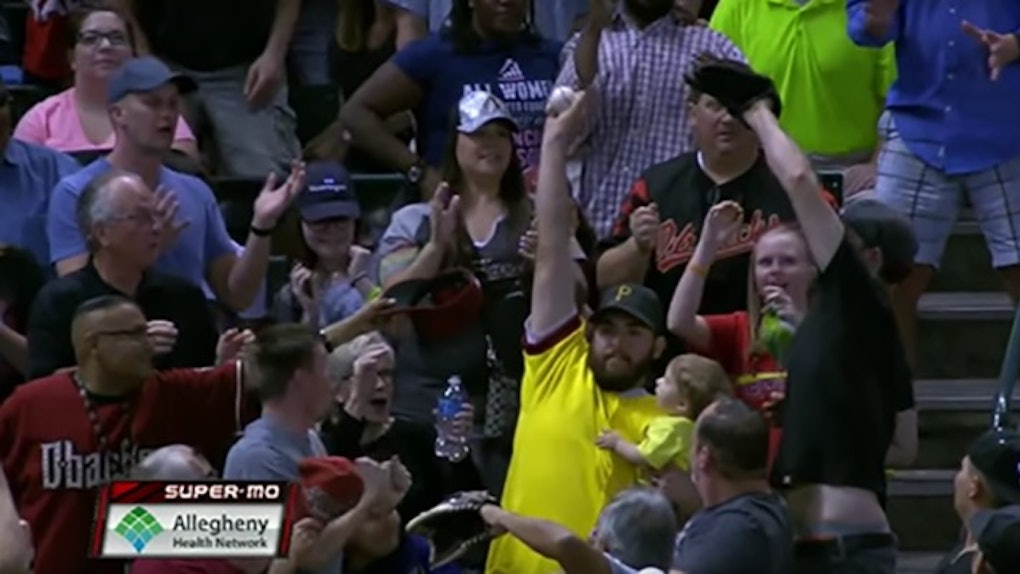 Depending on your view of dad catches, this was either incredibly awesome or incredibly stupid.

Not only did Kirkpatrick, who is a former baseball player, make the catch in front of his own wife, but he was also at the game rooting for the Pirates despite the fact he's from Arizona.

If those two things don't spell crazy, I don't know what does besides the actual video of Kirkpatrick making the catch.

Check the catch out in the clip above.