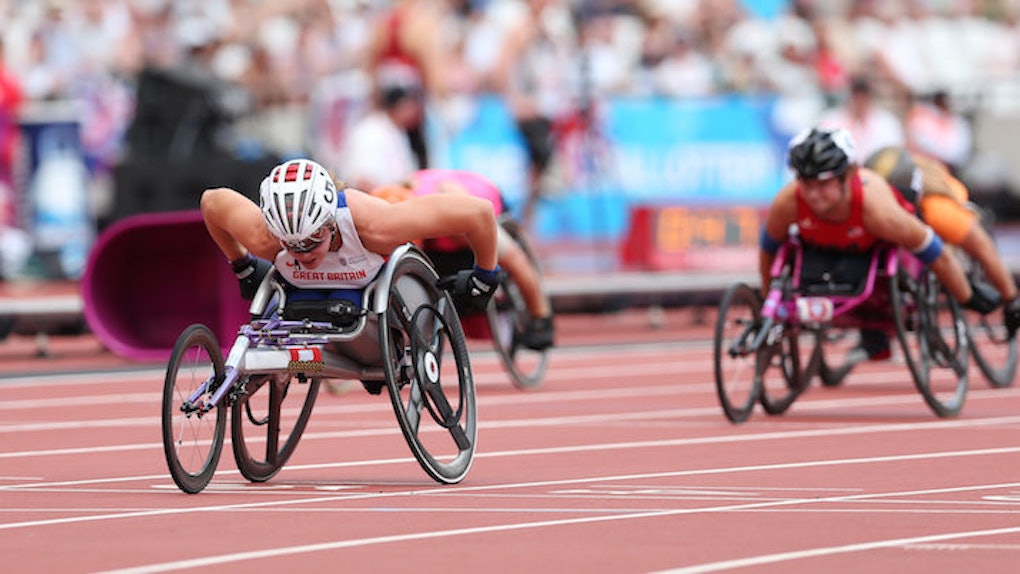 Paralympic star Hannah Cockroft said she is being discriminated against by major sporting brands.

Cockroft, who is 24 and competes for Great Britain, has cerebral palsy and races in a wheelchair. So when she's competing, she does not wear shoes.

Apparently, major brands have been using that as a reason to not sponsor her.

I have been told it's because I don't wear shoes when I compete. What do I do with that? I wear a shirt, I wear trousers, I wear shoes on the podium when I'm collecting a gold medal. But apparently because that's not when I'm competing, that's not enough. I've been told this by Nike, Adidas, all the big brands. I told them it was discrimination. It is discrimination.

Cockroft won two gold medals in London in 2012, and three last year in the World Championships. She is competing in several races at the Paralympic Games in Rio, and is expected to dominate pretty heavily.

But for some reason, she still doesn't have a kit sponsor.

It's frustrating. You work as hard as you can. You kind of wonder what more can I win to make you want to sponsor me.

Cockroft isn't the only one who's frustrated. Many people have spoken out about this on Twitter:

A Nike spokesperson told the Guardian,

An Adidas spokesperson also told the Guardian that they sponsor athletes who do not wear shoes.

But that does not explain why Cockfort is competing without a kit sponsor.

She said that her lack of a major sponsorship stems from discrimination and the poor perception people have of athletes with disabilities. It is, Cockfort has said, "people not seeing us as the elite athletes that we are."