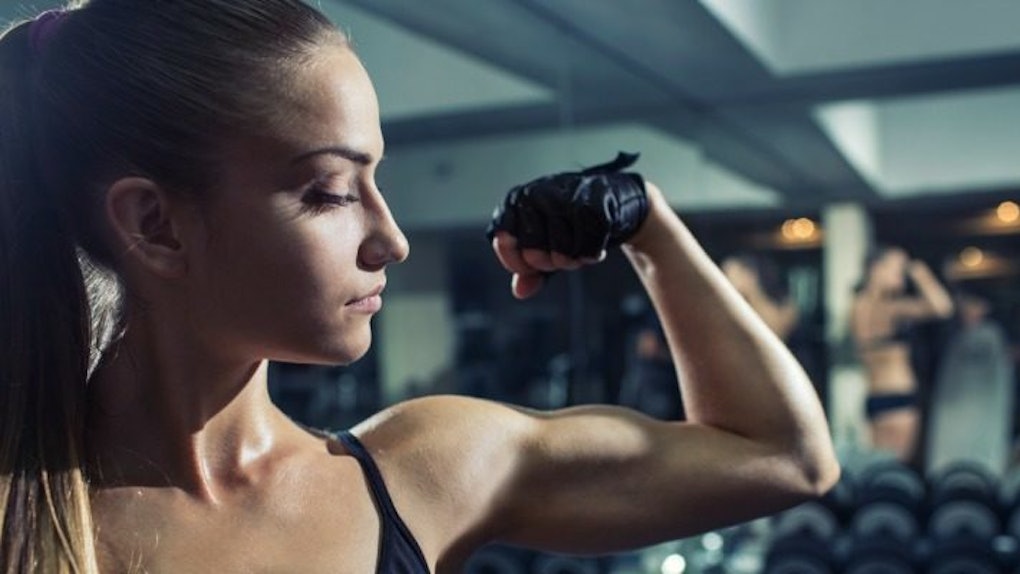 As many of my friends and co-workers can attest, dating in 2016 is rough. Like, having-a-second-job rough.

There are more apps than you can keep track of, chivalry is most definitely dead, and our social skills are going down the drain while we try and find Mr. or Mrs. Right on the iPhone screens in front of us.

It's hard out here for a single Millennial, and the grass isn't always greener for couples. An unhealthy relationship is just as, if not more damaging, than going on crappy first date after crappy first date.

However, there is one relationship that will never let you down: the one you have with your gym.

I don't know about you, but between work and my personal life, I feel like I'm always in front of a screen -- computer, phone, television, tablet, it doesn't matter.

The only place I'm not plugged in, aside from the little screen on the stationary bike or treadmill, is the gym. My sanctuary. My happy place.

It's seemingly the only activity left where I have a viable excuse to not be in constant contact.

"Sorry, my phone was in my locker!"

But, turning off the electronics is just the beginning.

Here are the real reasons the gym is way better than the two hours you wasted Saturday night on that fifth date from hell this month.

1. The gym will never, ever reject you for how you look.

I've heard horror stories of all kinds from friends who have been on way too many first dates in the last year or so.

They've been stood up, sure, but that's not nearly as bad as being made to feel inadequate or unwanted. And it's not just those going on first dates; I have friends in relationships that can only be described as toxic.

The gym will never reject you for how you look, the dumb sh*t you say and the person you really are.

2. The gym doesn't cancel on you last minute with an abrupt text.

Whether you're nervous about going out with someone for the first time or just looking forward to spending time with your significant other after work kicked your ass all week, there's no greater disappointment than the ping of a text followed by a bullsh*t cancellation.

It's bad enough being bailed on via text as opposed to an actual phone conversation, but when you don't even get a real reason why, well, you should've just made plans with the gym in the first place.

3. The gym will give you a better workout than whomever you go home with after five drinks.

You've heard countless times having sex burns calories, but after downing five martinis or taking out a bottle of red, are you and your partner really going to be setting an Olympic record in the bedroom?

Sh*t, you may not even get out of the starting gate. Spending happy hour in the gym, instead of the bar, will undoubtedly give you a better workout than whatever happens after you go home with someone.

4. The fit people you find at the gym are more attractive than the drunk ones you find at a bar.

You may think a bar is the best place to find a date, but at the gym, you're surrounded by good-looking people who, for the most part, are wearing tight-fitting, revealing clothing.

There's also a ton of pent-up sexual energy at the gym, so not only is working out good for you, it could result in a hot date later that night.

5. Unlike when you're on sh*tty date, you can decide when to go to the gym, when to leave and what happens while you're there.

There's nothing worse than planning your day or evening around a date that's probably not going to live up to your expectations anyway.

When it comes to working out, you go when you want, for how long you want and you decide everything that happens while you're there. Show me a date where you have that much control.

6. Aside from your membership costs, the benefits of working out all come free of charge.

Even if you have the best date ever, going out still means spending money. However, you can go to the gym as many times a week as you like and, aside from standard membership costs, you'll never pay a dime.

A free experience with loads of physical and mental benefits? Sign me up.

7. You don't have to spend a ridiculous amount of time getting ready to go to the gym.

The gym doesn't judge, and it certainly doesn't care what you wear when you work out.

Throw on a tank top, old t-shirt or a comfy sweatshirt -- whatever works for you. Don't do your hair or fix yourself up; just throw on what feels right and let the fun begin.

Spending an hour getting ready is rarely worth it in the end.

8. You'll burn more calories at the gym than you will eating and drinking at a restaurant.

This one isn't exactly rocket science. When you go out, you're typically drinking and eating things that aren't really good for your body. You're also not doing anything to work off those extra calories.

9. The high you get working out won't be equaled by a subpar meal and weak conversation.

The benefits of working out are far from just physical results. There's nothing that clears my head and has me feeling like I can take on the world, or at least do my laundry and cook, like a solid hour in the gym.

After working out, your body releases endorphins, making you feel like a million bucks. A crappy meal, sh*tty conversation and too much booze will leave you feeling messed up in more ways than you care to count.

10. The gym will push you harder than any individual ever will.

Once you commit to working out, the gym will motivate you far more than any person ever could.

It's the combination of trying a new workout, using different equipment and seeing hot people work their asses off that will push you to really give it your all. A date, no matter how special the person you're with, will never be better for you than going to the gym.