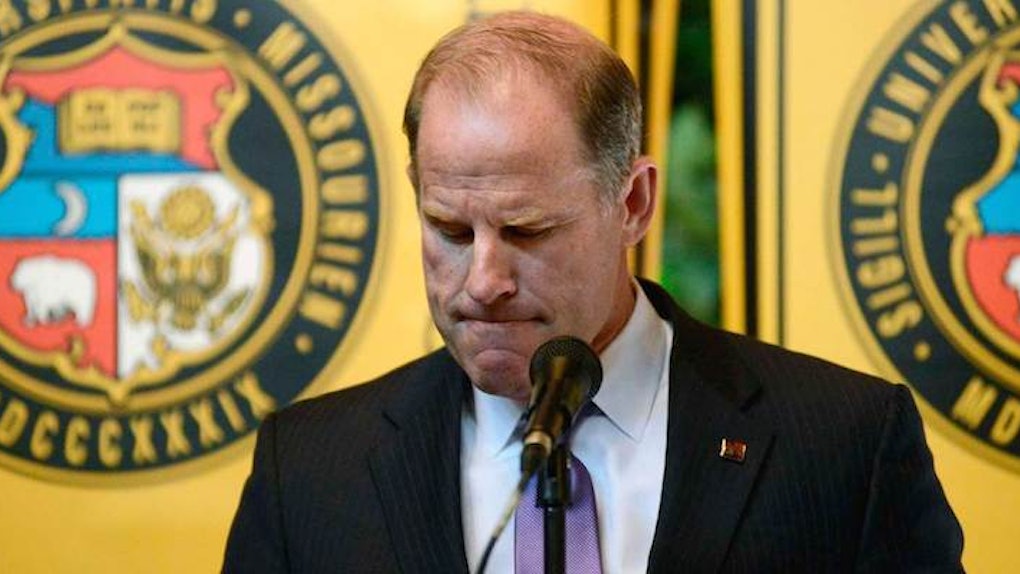 If there's one thing that's been fascinating to watch since the events at the University of Missouri became a national story, it's the amount of confidence with which people have delivered stupid takes on the subject.

Even worse is when the same is true of people who work in media and have a substantial following.

And just so we're clear, giving an uninformed opinion to an audience who may take your word as gospel on an important and complex subject is, very much, a stupid thing to do. Never mind irresponsible.

There's just too little room for error to not leave this to the pros, much less pick a side.

Besides, rarely do such complex stories have a "right side," per se, except when it comes to how the thinking man or woman should approach the story.

On that front, there's really only one side to be on every time: the non-stupid side.

Now, it's important to note this thing we'll call the "non-stupid side" is nothing special, really. All it takes is basic critical thinking skills.

You take those, apply it your approach to understand what's going on and -- BAM! -- you've got a genuine effort to peel away at a multi-layered story.

Now, you might argue adults shouldn't need an outline of how to think critically. Yet, here we are.

Anyway, let's get to it. Here are a few pretty simple guidelines to not saying anything stupid about what's going on at Mizzou.

Admit you likely have no idea about what's going on.

As a general rule, this is a good way to approach a story that is distant, both in a literal sense and to your own experiences.

Once you admit this, you're more likely to start by asking questions than by giving answers about something you know you don't know nearly enough about.

Mizzou football brought the story national attention, sure, but look at all the other elements at play.

Members of the school's faculty were behind the students. The coach was behind the players. Republicans and Democrats in Missouri called for President Tim Wolfe to step down.

Nine deans called for Chancellor R. Bowen Loftin to step down before people on the West Coast had even finished their lunch on Monday.

The English department and graduate students had beef with the leadership, too. And all of this, mind you, took less than one business day.

So many people with different interests all had no problem getting rid of these guys in the blink of an eye.

Considering why these people reacted like this might go a long way in understanding this story, much more than the overly simplistic the-players-held-the-school-hostage take does.

Stop Wondering What Would Happen If The Football Team Had A Different Win-Loss Record.

It literally does not matter.

This subject has so many layers to it, it's nearly impossible to have a single, blanket opinion if you're actually giving it genuine thought.

Thankfully, it's possible to think many different things about a story all at once.

You can, for instance, think the Concerned Student 1950's list of demands might have been over the top while also being able to understand how they might be frustrated with the idea of an administration that doesn't know how to properly handle sensitive topics on a college campus.

You can, in fact, be nuanced in talking about these things.

The point about how well a specific black, gay football player with a high profile may have been treated on the same campus is really not a barometer for how other people like him may feel.

Listen to the pros.

This is a story about race, an inherently sensitive topic. Go to people who know how to talk about race.

It's also a story that involves university politics. Try people who know about that, too.

And, if you can guess what someone will say about a subject before even reading, you're probably reading the wrong person. No one should be so predictable in breaking down unpredictable and complex matters.

Know that society won't crumble tomorrow because of this.

Some of your simplest questions can be answered there.

What did the president do in response? Google.

Why did administrators cave in so easily? Google.

What exactly do these kids expect? Google, again.

The worst stereotypes athletes maintain is that they are nothing more than jocks and that they're on a college campus for football and not much else.

Now, consider how far from such a stereotype those players were on Saturday night when they vowed to stop doing the very thing they received scholarships for.

It's a curious occurrence indeed, one that should probably make you curious in turn. A question such as "Why do they feel it's worth the personal risk?" might satisfy that curiosity.

Maybe, just maybe, the answer goes beyond the few isolated incidents everyone just found out about yesterday.

Come up with a thought about this story.

You can always peel at more layers and be more nuanced in how you think about these topics. That's how you come to an understanding of such things and, most importantly, avoid saying something stupid.