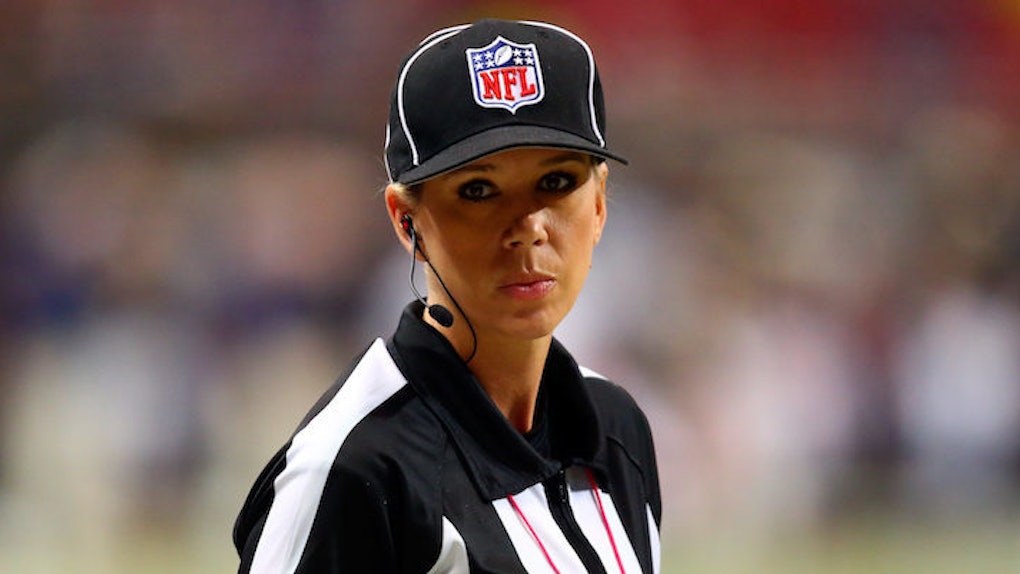 When people think of the most dominant women in sports, the first two names that pop into most people's heads are Serena Williams and Ronda Rousey.

And while women gaining equal footing on the playing field is great, it's become apparent in order to really achieve gender equality in sports, women need to be considered for positions on the field, in the broadcast booth and in the front office.

Yesterday, the NFL's Buffalo Bills announced the hiring of Kathryn Smith as the team's quality control-special teams coach. With her hiring, Smith now has the honor of being the first full-time female coach in NFL history.

Kathryn Smith has done an outstanding job in the seven years that she has worked with our staff. She certainly deserves this promotion based on her knowledge and strong commitment, just to name a couple of her outstanding qualities, and I just know she's going to do a great job serving in the role of quality control-special teams.

Like with so many other pioneers, I feel people won't truly understand the magnitude of this appointment until years later. But that's how history works. Someone has to be first, then perhaps society sees a domino effect over time.

Less than 12 months ago, the Arizona Cardinals made waves by hiring Jennifer Welter as a training-camp assistant coach, a move that influenced Rex Ryan.

I consulted with [Cardinals coach] Bruce Arians on this since he was really the first NFL head coach to make this kind of move when he hired a female linebackers coach through the summer. You can see the success some of these young ladies are having in the coaching profession, such as the young lady [Becky Hammon] that is an assistant to Coach [Gregg] Popovich at the San Antonio Spurs, and realize how exciting this is for women like Kathryn Smith as well as the Bills organization.

Hammon, Welter and now Smith aren't the only women breaking down barriers, either. Here's a look at some of the most prominent women bosses who are changing the sports world as we know it.

Her debut game came on September 13, 2015, a match between the Kansas City Chiefs and Houston Texans. Prior to working in the NFL, Thomas was the first female official for a major college football bowl game.

She was also the first female head coach in the NBA Summer League, where she led the Spurs to the Las Vegas Summer League crown.

During the 2015 NFL preseason, Jen Welter coached inside linebackers for the Arizona Cardinals. Before the hiring of Kathryn Smith, Welter was the only female assistant coach in NFL history.

Ready is no stranger to being a pioneer in sports, though. In 2001, she became the first female coach in a men's professional basketball league, working as an assistant coach for the NBA Development League's Greenville Groove (which no longer exists).

With her appointment, Roberts also became the first woman to lead a professional sports union in North America.

Laura Gentile helped build espnW, ESPN's first business built with the sole purpose of serving women with a passion for sports, from the ground up.

She's made numerous appearances at conferences and seminars, and she was promoted to senior vice president of espnW in November.