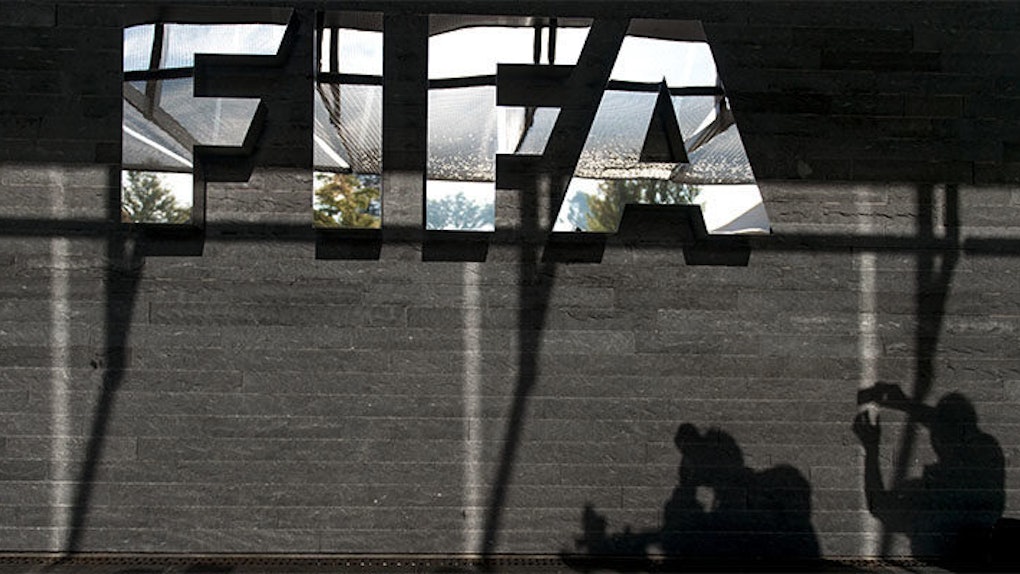 Top FIFA Officials Have Been Arrested For Wire Fraud And Conspiracy

Those detained will be extradited to the United States to face the charges.

FIFA president Sepp Blatter was not among those taken into custody.

The arrests were made based on an investigation by the FBI that claims to have proof of widespread corruption within the athletic organization for over two decades.

Specific allegations center on the bidding process for the 2018 and 2022 World Cups and various marketing and broadcast deals.

According to the US Department of Justice, nine FIFA officials and five corporate executives have been indicted for racketeering, conspiracy and corruption.

Fifa: US Dept of Justice: 14 indicted, plus 6 pleaded guilty: "24 yr scheme to enrich themselves through corruption of international soccer" — David Conn (@david_conn) May 27, 2015

US sports marketing execs are alleged to have paid over $150 million in bribes.

Fifa: US Dept of Justice: Defendants also include US & S American sports marketing execs alleged to have paid $150m in bribes & kickbacks. — David Conn (@david_conn) May 27, 2015

US Attorney General Loretta Lynch stated corruption is founded both abroad and in the US.

Fifa: US Attorney General Loretta Lynch: "Indictment alleges corruption that is rampant, systemic & deep-rooted, both abroad & here in US." — David Conn (@david_conn) May 27, 2015

The 2014 World Cup in Brazil is also implicated in the bribery.

Fifa: US Dept of Justice also alleges bribes & kickbacks paid relating to sponsorship of the Brazil FA by "a major US sportswear company." — David Conn (@david_conn) May 27, 2015

Here is the full statement from the United States Department of Justice.