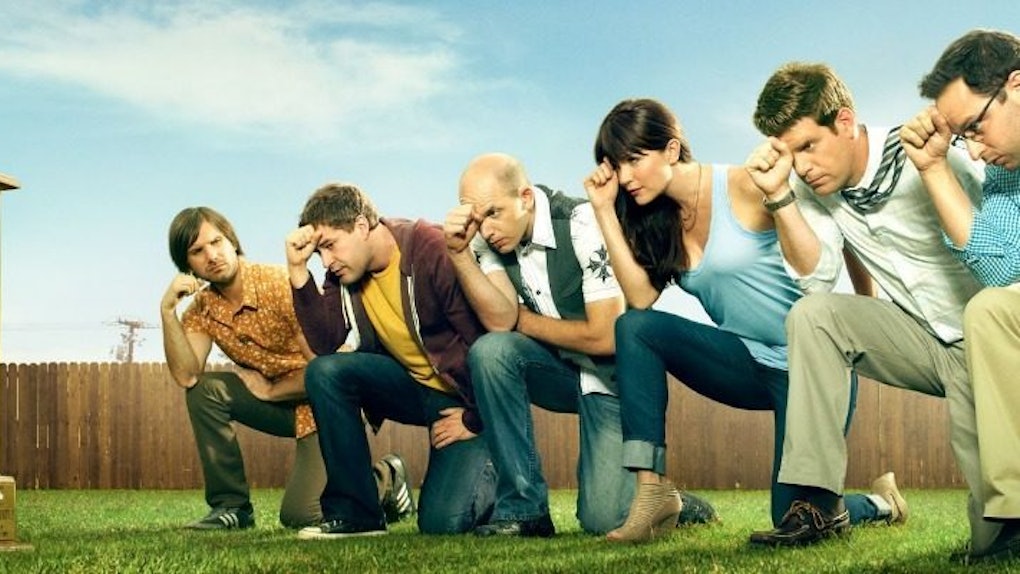 Most people think their first round draft pick says, “I'm a brilliant strategist who is going to demolish my shithead friends and dominate my fantasy football league this year.”

While I calculate that's actually true roughly 8 percent of the time, your drafting strategy also reveals tidbits about your personality and temperament.

Most strategies reveal you're into day drinking cheap beer on Sundays and talking trash at your television, but here are some position-specific insights about what your first round draft pick says about you.

You're a creature of habit. You start off with a running back every year, and regardless of your season's outcome, your strategy will never change.

You value reliability over all other traits, and no one can provide you with the comfort of consistency like a solid RB. Additionally, you like to see the best in people. You believe, given the opportunity, most will live up to your expectations, and no player gets as many opportunities as a running back.

You're also somewhat of a worrier, though you prefer to think of yourself as a thoughtful planner. You're concerned about injuries and bye weeks from the beginning, and so you load up on RBs as a precaution to protect yourself from the risky task of picking through waiver wire mediocrity mid-season.

You're a person who invests cautiously. A first round wide receiver is generally a safer bet, as they are less likely than running backs to get injured and wind up being a very bad investment.

You pride yourself on your decision to take the road (slightly) less traveled, and you like to attribute this choice to your superior intellect. You believe you have the brains to “Moneyball” your RB situation and are always up for a challenge, like sorting through second-rate running backs later on.

You tend to fall somewhere on the spectrum of over-confident to delusional, as you fill your RB spots with sleepers and backups without any hesitation.

You're a risk taker who enjoys the rush of possible failure. You'd never enjoy success from a sure thing or a safe bet.

Tight ends can be massive fantasy point earners, but it's nearly impossible to pick a winner on draft day. Adding to the danger lever of this choice is the fact TEs are also pretty injury prone. But you're a gambler, and traditional strategies bore you.

You are in it for a huge payoff, like the right to laugh in your friends' faces and yell, “TOLD YA!” as you crush their fantasy dreams with your all-star tight end.

You are an extremely loyal person. You're so insanely loyal to your NFL team, you are willing to forsake your fantasy team to prove it.

Of course you're picking your team's quarterback first round. How could you risk someone else snatching him up? Nothing will make you happier this season than both your teams winning while you rock your QB's jersey at your favorite sports bar.

You have blind, moronic faith he will lead you to success!

You have some pretty serious trust issues. You've been burned in past seasons by over-hype and injuries, and your ability to put trust in any one player is shaken to its core.

The old you would have put your first round draft pick on a mental pedestal, giving him god-like abilities to lead your fantasy team to glory, only to be left crushed, hurt and devastated. Today, you think all players are risky bets. They could leave you when you need their points the most, with no warning and no good waiver options.

Every player could leave -- that is, except an entire defensive lineup. There may be logical strategies for a fourth or fifth round special teams draft, but first? You are quite the damaged fantasy player, my friend.

You are a monster who likes to infuriate your friends and watch the world burn. You take more pleasure out of your friends' losses than your own wins, and watching them suffer loss-induced aneurysms from your kicker-heavy team is well worth the trade off of sacrificing your chance at taking home the trophy this year.

You're probably making other poor life choices at your draft party, such as drinking warm domestic beer out of a 12-pack you keep next to your chair because you're too lazy to get up and walk to the fridge.

Use this guide to analyze your blatant personality flaws or to anticipate your opponents' draft preferences and sabotage their season before it's even begun. The choice is yours.