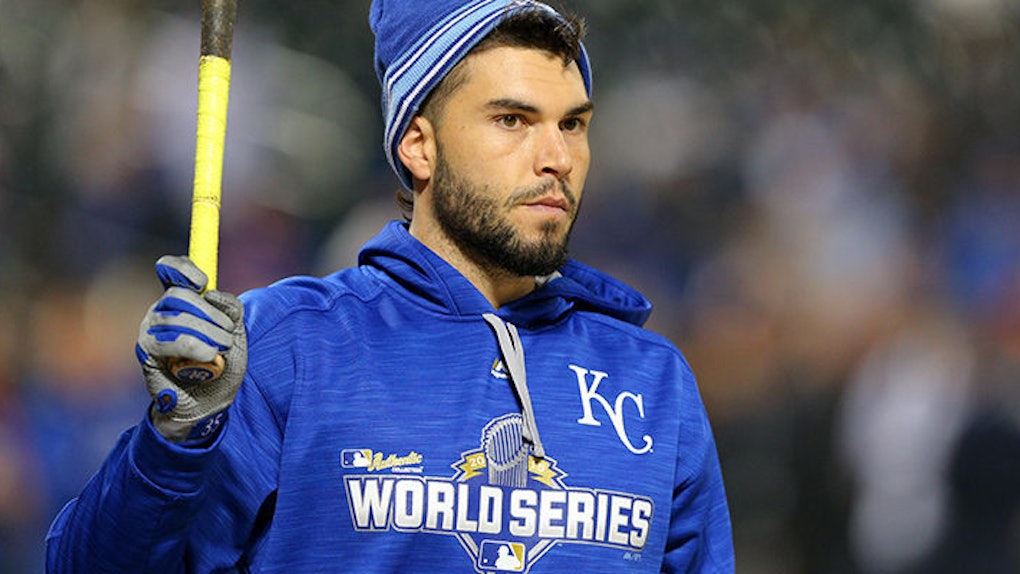 Things have changed in baseball since Kansas City Royals first baseman Eric Hosmer got drafted back in 2008.

In an interview with Elite Daily, the three-time Gold Glove-winner argues his era of MLB players were some of the first to emphasize athleticism.

Hosmer's own career backs that argument. When he signed his first professional contract at age 18, he was noted for working out seven hours a day in the offseason.

Combine that with the fact Hosmer is an ambassador for Playstation's MLB The Show 16, and it's clear the Florida native is well placed to advise any player on how to take his or her skills to video game levels.

So, what's the best workout for young baseball players?

Hosmer's answer is unequivocal: All things medicine ball, particularly when it comes to helping players establish durability and flexibility.

As a hitter, your obliques and sides are definitely big, as far as durability and strength goes. So for me [medicine balls are] the best one because it knocks out both. Not only are you trying to make yourself better and stronger when it comes to that rotation, but at the same time you're trying to make that muscle as flexible as you can.

Here's one example of an instructional video for medicine ball exercises that can help baseball players:

Hosmer's advice doesn't end there, though. Here are a few other tips he has for young players.

Watch tapes of yourself to help you become a better player.

Hosmer's rise to World Series champion was very much a family effort.

His brother played with him, his father helped him with batting practice and his mother used to tape footage of him playing to help him get better.

Hosmer said watching these tapes and studying his own movements and timing made him a better hitter.

Another big thing [is] umpires. You watch umpires to see where their zones are, to see what some of the guys' tendencies are... As far as little things, with video and certain scouting tips, those are definitely some key ones that the average fan might not know about.

The literal first step to fielding ground balls should be forward, particularly during fielding practice.

As soon as the guy that's hitting you ground balls throws the ball up to hit it to you, you would run, not full speed, but take off and run towards the guy hitting towards you.

The intention for this, Hosmer says, is to train your legs to go forward in order to retrieve the ball with as little hops as possible, which lessens the chances of fielding on a bad bounce.

Everyone sees how nice the big league fields are. You don't really get many bad hops, but when you get certain balls hit with certain spins, it's definitely tough to try and dig those out of the dirt. So when you have the ability to use your legs, and you learn how to use your legs [the right way], that makes everything in fielding a ground ball a lot easier.

Never stop learning and trying new things on and off the field.

The one bit of parting advice Hosmer left us with was to be open to everything. Why? Because learning the different types of movements and cuts native to different sports can help a player on the diamond.

That would be my tip, to continue participating in everything and just stay open to anything athletically because whatever you do pursue later on in your career that [expanding your athleticism] can definitely help.

So, there you have it. And if your calling isn't on the field, there's always the video game, which looks pretty damn fun itself.