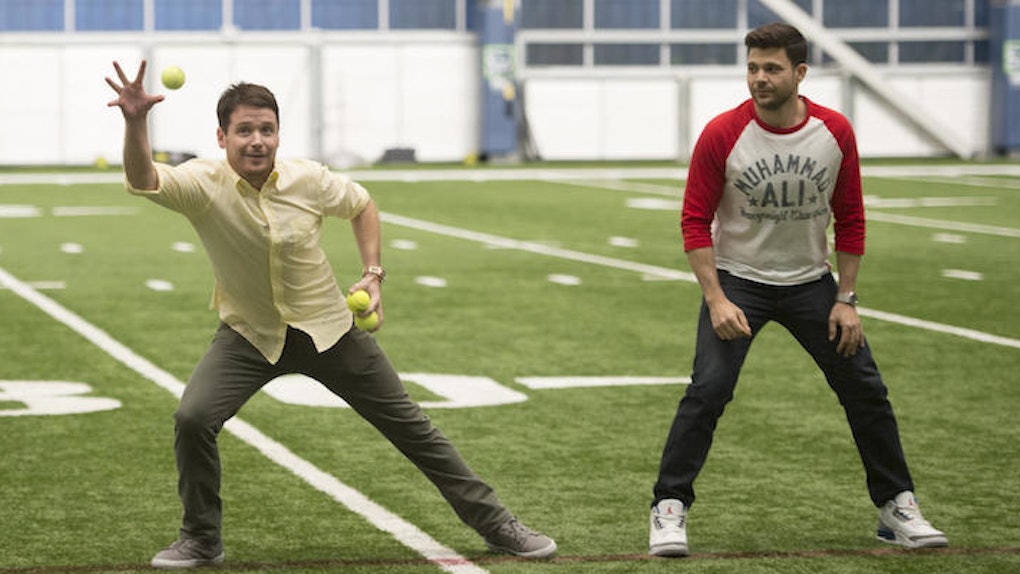 The 'Entourage' Cast Practiced With The Seahawks And It Was Embarrassing

This was the quintessential "I could do that" moment for the "Entourage" cast.

You know, a moment where athletically-challenged individuals struggle to complete the simplest of tasks in front of an audience. Yeah, that one.

Basically, the "Entourage" cast members were in way over their heads this week when they were guests at the Seattle Seahawks' practice facility.

Rave reviews for the @EntourageMovie. Cast may need to spend a bit of time on their catching skills however. https://t.co/Nf3KF3ko3A — Seattle Seahawks (@Seahawks) May 20, 2015

Russell Wilson is 100 percent right in this vid, too. They were struggling. The embarrassing thing about it all is how simple the drill was.

I mean, how hard can it be to catch a few tennis balls?

"The difference between athletes and actors" - @DangeRussWilson #Entourage https://t.co/dMBYYBCSGC — Seattle Seahawks (@Seahawks) May 20, 2015

Then again, maybe I'm just not giving this "workout" enough credit. Either way, these guys sucked.

Even Ari Gold couldn't get them a deal.

Citations: The cast of Entourage tried catching drills with the Seahawks, should probably stick to acting (For The Win)