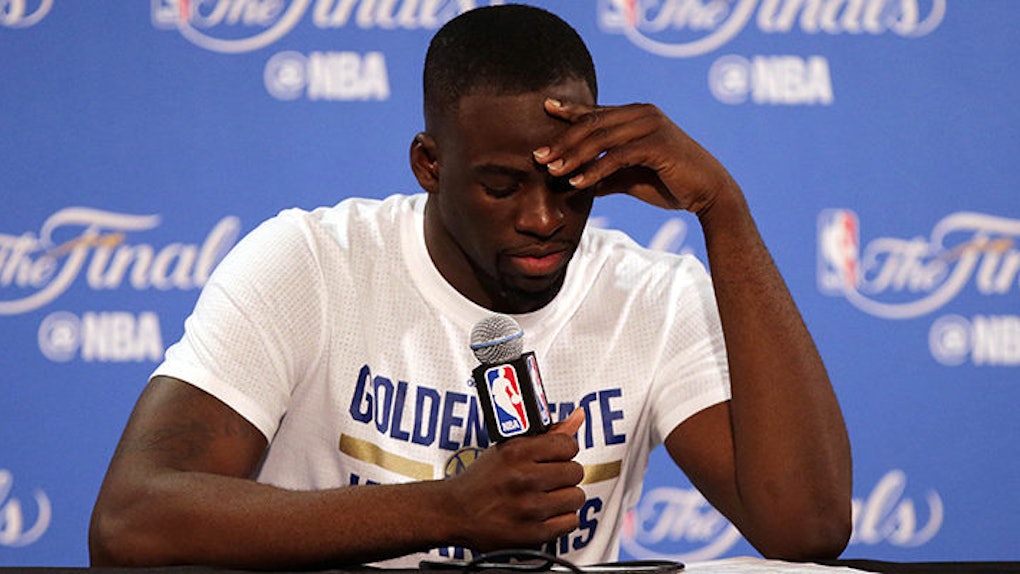 For most of the US Men's National Basketball team's travels, Draymond Green's Snapchat has been a source of jokes.

The Golden State Warriors star has caught teammates sleeping on the bus.

And he's caught teammates sleeping on the plane.

He's caught Carmelo Anthony being the grumpy old man of the group.

And he recorded the team singing A Thousand Miles.

None of the jokes, though, were ever supposed to be on him (at least, we think). But that all changed on Sunday when people starting tweet about a big mistake that Green made on his Snapchat.

And then Green himself tweeted that he had gotten hacked.

And then the screenshots started to circulate, confirming the rumors were true. Draymond Green really did post a, let's just says, very NSFW pic on his Snapchat.

People have been tweeting it out with reckless abandon. Here, though, the photo is blurred out in the image below.

Yeah, that actually happened. We can only assume he'll be the one getting laughed at by his teammates on that plane. Whenever they wake up, that is.