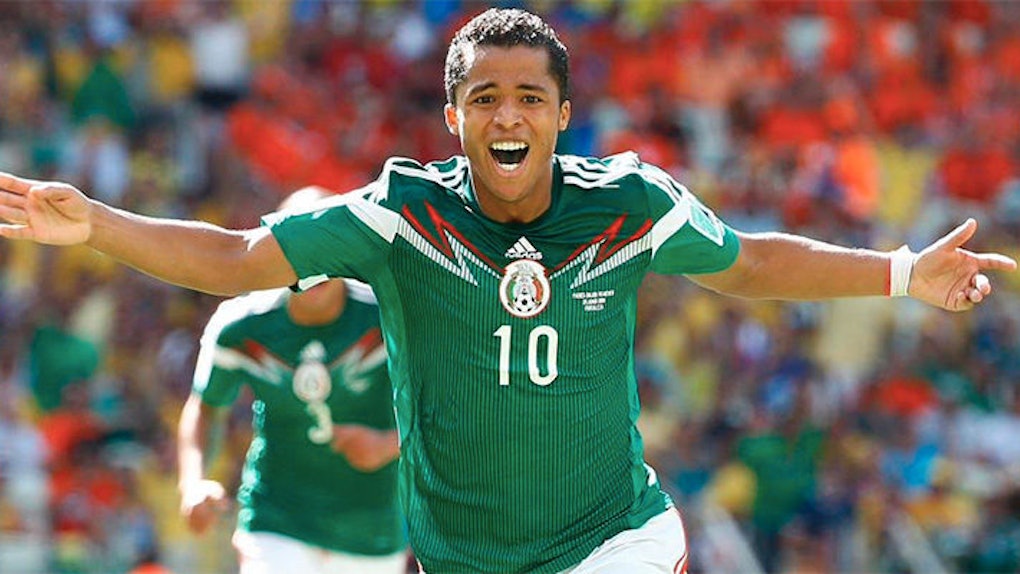 There have been more popular players, sure.

David Beckham was the most famous athlete on earth when he arrived in Hollywood, so there's no argument there.

Kaká became the first MLS signee to have won a Ballon d'Or when he joined Orlando City this season and has taken his stardom from Milan to Madrid.

But never, ever, has there been a more important signing than the LA Galaxy's newest player, Giovanni Dos Santos.

For Major League Soccer, Dos Santos becomes the very first footballer to embody the three most important virtues you'd want in a star.

Having just turned 26 in May, Gio will have played in the thick of his career by the time he comes to the end of the four-year, $28 million deal he agreed to with the Galaxy on Tuesday.

That means he's young and in his prime.

As a teen, Dos Santos rose through Barcelona's famous La Masia academy, where the likes of Messi and Xavi were bred, and began his professional career with the Catalans before taking his talents to a few of Europe's most familiar names like Tottenham, Galatasaray and, most recently, Villarreal.

Even at a young age, he's reasonably accomplished.

Lastly, and by far most important, he is culturally relevant. Dos Santos will be playing in a city that's population is over 45 percent Latino.

That's what happens when the right signing reaches the right city.

Up until now, MLS settled for players who only partially fulfilled requirements.

Beckham had the accolades and was a cultural icon fit for Hollywood's bright lights, but he was miles past his best.

Italian international Sebastian Giovinco has the youth and the resume but was far from the most memorable name at Juventus.

On the pitch, he immediately replaces the void left by Landon Donovan as a player who can play on both wings and up front.

In the stands, he'll be a familiar name not only to the Mexican fans who cheer him on for the national team, but for the American fans, to whom he delivers the most vicious dagger this fan has ever seen in an international final.

In this sense, the Dos Santos signing represents somewhat of a watershed moment for MLS. As the league continues to get better -- and it has gotten so much better -- they'll need more of these types of signings.

Messi and Ronaldo are not walking through that door, at least not soon, but the league can do more of this.

"This" meaning signing players who, while having solid careers, have not become superstars in the "bigger" leagues around the world and would much rather spend their time utilizing their talents in one of America's metropolises.

To be fair, teams have gotten better at making those signings, too.

Those players have raised the bar of what a good signing is in MLS for sure, but they're still nowhere near the level of Gio Dos Santos, the player who has a very realistic chance at becoming the league first superstar on and off the pitch.

For that, he's the MLS' most important signing in history.