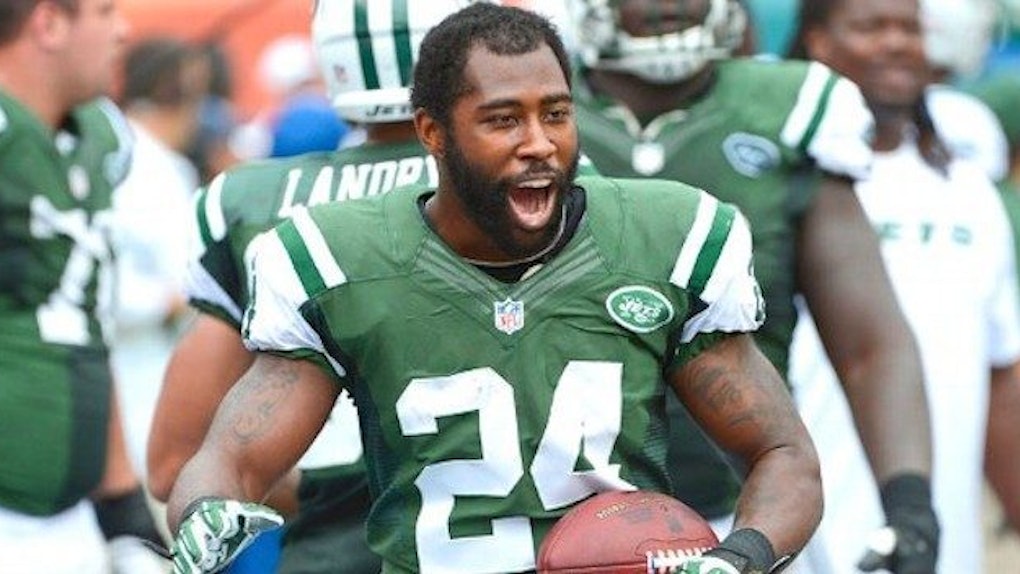 How Darrelle Revis 'Beat The System' And Proved Greed Is Good

Forget all the unwritten rules you were taught about how players should conduct themselves -- especially when it comes to money -- during their careers. Those laws clearly do not apply on Revis Island.

Along with the monster contract Darrelle Revis signed with the New York Jets on Tuesday, which made him the highest-paid cornerback in the league, he pulled off the business move of a lifetime.

In the process, the star cornerback threw a slap in the face at the idea millionaire athletes have to be unselfish, despite their billionaire employers never having to abide by the same rule.

Sure, you can react to Revis' new contract by saying he got greedy and chose money over winning or having a great legacy and blah, blah, blah. Or you could look at every business decision Revis has made in his career and admire him for his sheer genius.

Just think about it: Before his rookie season, he refused to participate in the first 23 practices sessions of his first training camp, allowing his agents to negotiate a contract deal they felt the player was worth.

The result? Three seasons into that six-year $36 million deal, he was the star player on a number-one defense that carried a rookie quarterback to the AFC Championship Game.

Following that playoff run, he held out of camp again. This time, he negotiated for a four-year $46 million contract. The result? He proved "Revis Island" was a thing, continuing to lock up receivers as the Jets went on another run to the conference championship.

Three years after that, despite recovering from an ACL injury, Revis was still able to negotiate a six-year $96 million deal with the Tampa Bay Bucs after he was traded from the Jets.

All of that set up the greatest move of his career, the checkmate moment in his chess match against the NFL front offices. This brings us to one of the NFL's aforementioned billionaires.

This brings us to one of the NFL's aforementioned billionaires.

Robert Kraft's New England Patriots are notorious for expecting players to take less money than they'd get elsewhere. When those players don't comply, Bill Belichick has no problem getting rid of them on his own terms.

They did it to Logan Mankins before the start of last season, and it isn't even inconceivable they'd do it to Tom Brady. But, one thing's for sure: They'll never get the chance to do it to Revis.

After the Bucs released Revis in 2014, he signed a "two-year" deal with the Pats specifically built to prohibit them from forcing the player into a second year in New England (via the franchise tag) while also letting him test free agency after one season.

Fast-forward to Tuesday afternoon and Revis was, we'd like to imagine, signing his new $70 million contract with his right hand and wearing a Super Bowl ring on the left.

Meanwhile, writers in Boston were writing about how New England blew an opportunity to keep a man who, once again, proved himself as the league's best cornerback. In essence, Revis changed the script on the Pats.

He walked away from them after he got what he wanted, not the other way around, and the irony of it all is on another level.

all those ppl give up dough for “the patriot way." revis got his money from em AND a ring. AND he dipped on his own terms. the boss. — Bomani Jones (@bomani_jones) March 11, 2015

If what Darrelle Revis has done throughout his career really is greed, shoot, it's the type of greed we should all aspire to have. We should be able to talk the talk and demand what we're worth and walk the walk to prove why we're worth it.

Even before Revis signed his latest contract with the Jets, NFL Network anchors admired the position of power and self-belief Revis continually puts himself in.

The network said it best:

It takes a rare talent and great business acumen to beat the system.

After Revis proved he could do it again, no one can really hate on him for it.