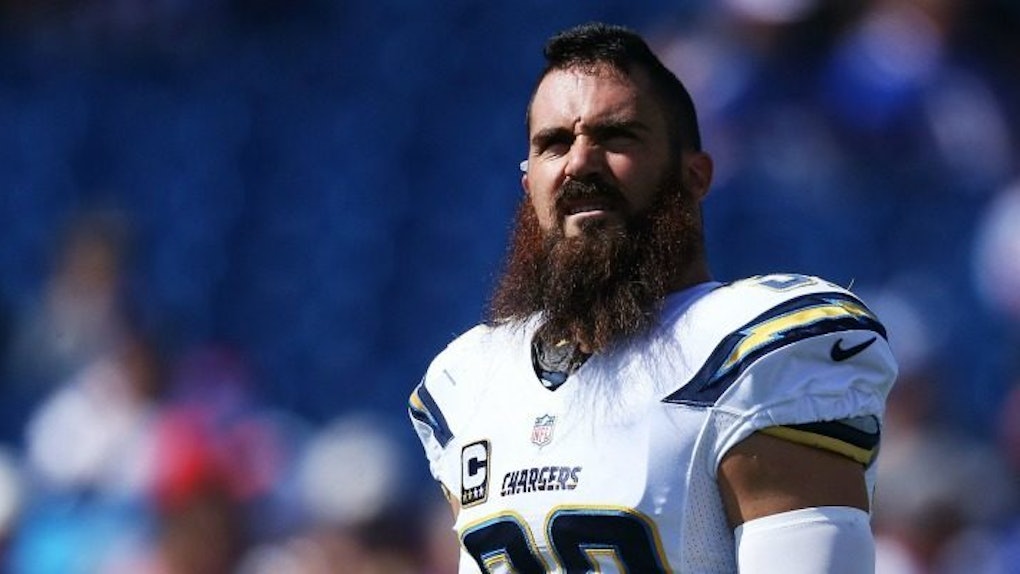 The latest example of the NFL's zero chill policy doesn't involve an illegal shoe or hairstyle -- it's far worse.

The San Diego Chargers reportedly fined Pro Bowl safety Eric Weddle $10,000 for staying on the field at halftime of the team's December 20 home game to watch his 7-year-old daughter, Brooklyn, perform a dance with the Chargers' cheerleaders.

Nothing more important than this. Especially 0 halftime adjustments in a blowout win at home. Worth the nonsense. pic.twitter.com/splYf7BWUa — DEC Management (@davidcanter) December 29, 2015

Weddle, who played with the Chargers for his entire nine-year NFL career, is also banned from attending the team's final game in Denver this Sunday as a result of being placed on the injured reserve list.

We have a policy here, and a situation took place two weeks ago at our stadium. So yes, we did fine him. It's an organizational call. We have a club policy here, and there are certain things we have to do at halftime to make adjustments, and things like that. That's why we did that.

The Chargers are 4-11 this season.

Initially, it appeared Weddle wasn't looking to make a big deal of this situation, but his agent, David Canter, went public with his client's punishment after it was decided Weddle wouldn't be allowed to attend the team's final game.

If you do bad things to good people, you deserve to have your dirty laundry aired in the limelight. Eric's done nothing but give nine years to the Chargers organization -- his heart, his soul, his body.

Weddle will be a free agent at the conclusion of this season, but his heart will always remain in San Diego.