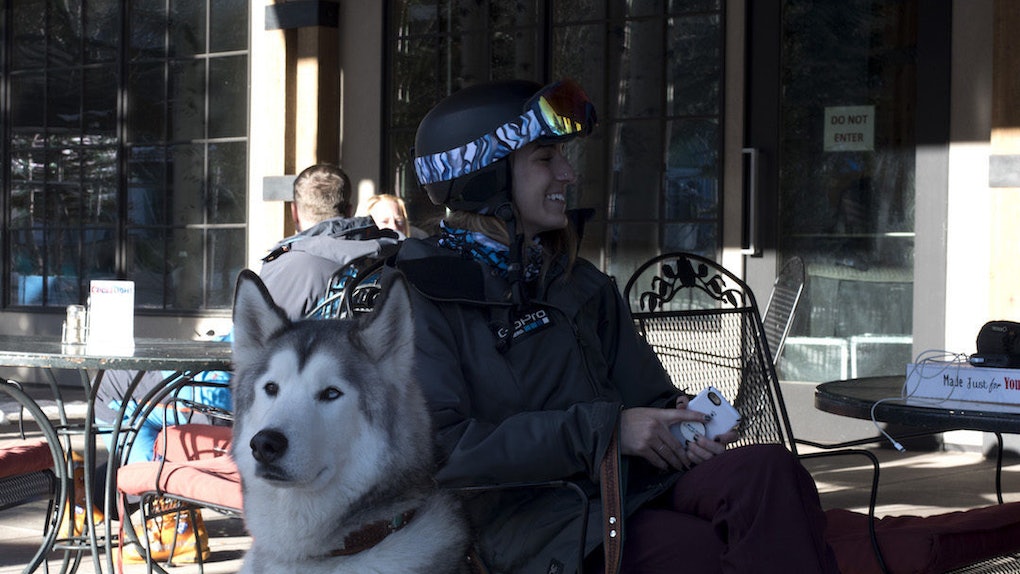 Meet The 5 Adorable Dogs Taking Over The X Games

Sure, the X Games is all fun and games for most, but for a few four-legged friends, the action sports event in Aspen, Colorado is all business.

From companion animals and avalanche rescue dogs to Instagram celebrity pups, the X Games is seeing a lot of furry action. Check out a few of the adorable dogs we met while cruising the streets in Aspen.

If you don't know Loki, then you don't know Instagram-famous dogs. Loki, who happens to be part wolf, boasts nearly 1 million fans on the 'gram. He's on hand at the X Games as a brand ambassador for GoPro. He is also live-streaming the event on Periscope from the camera on his back. Pretty tech-savvy pup!

Zara, like her co-worker Piper, is an avalanche rescue dog in Aspen. She loves tennis balls, cuddles and big slobbery kisses. She's a big, lovable American lab, so when you see her, give her a hug!

Zoot, an Airedale, is a smooshy, fluffy local celebrity in Aspen who enjoys a good pat on the head from skiers and snowboarders alike. Beyond roughhousing with his other four-legged friends, Zoot also works as an avalanche rescue dog.

Chevy simply loves the snow -- I mean look at him, he was born for it! Chevy is another local lad who decided to come to the X Games to check out the awesome competition unfold. He, like the rest of the wolf pack above, is always down for a strong cuddle and a few licks to the face.