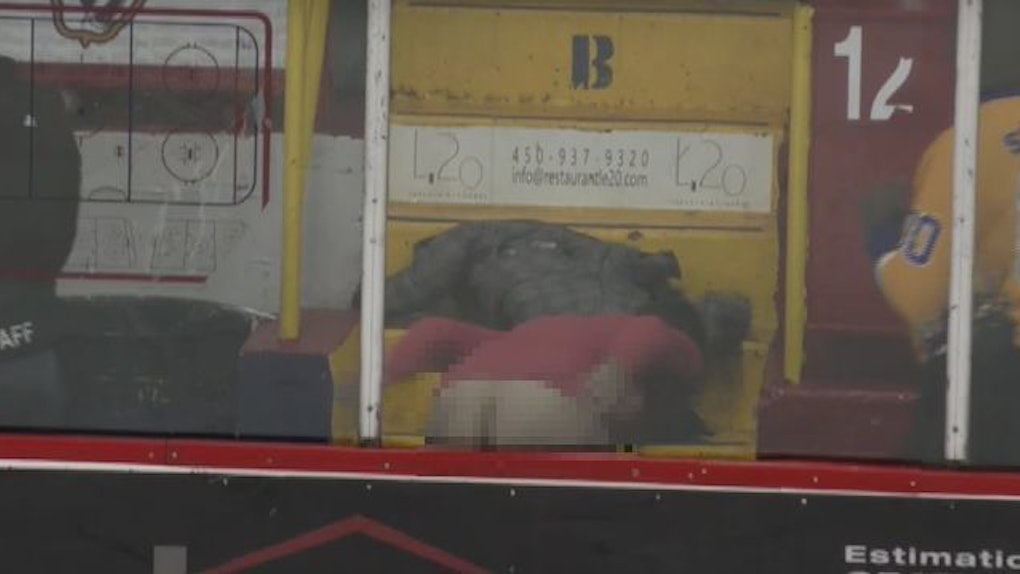 Now, with that being said, I can't say I've seen enough games from this league to comment on the quality of the referees.

However, if you go by the recent reaction of a fan of the Laval Predateurs to a penalty he clearly thought should've been called, well, you might think this hockey league has the worst officials in the world.

According to SI, the man in the video above became extremely angered after he thought a high stick penalty should've been called against Rivière-du-Loup 3L, the team the Predateurs were playing.

A penalty wasn't called and Rivière-du-Loup 3L went on to score a goal, which, if you ask this dude, never should've been allowed.

As you can see in the video above, this fan of the Laval Predateurs started losing his shit.

Eventually, this dude threw off his coat, turned his back to the ice and, though it took him a painfully long time to do so, dropped his pants to show his bare butt in protest to the penalty that wasn't called.

Like, this dude legit put his bare butt on the glass for longer than anyone needed to see.

Seriously, how drunk does someone have to be to drop their pants and put their bare ass on the glass at a hockey game?

What if this guy wasn't even drunk? What if this dude literally just cares way too much about a shitty hockey league barely anyone on this planet has ever even heard of?

Honestly, I think that would make the situation worse. Like, if this dude was hammered, at least that's a reasonable excuse for such behavior, right?

I don't know. I'm just trying to figure out if alcohol or something more is to blame for this guy's irrational response.

In any event, godspeed, man.