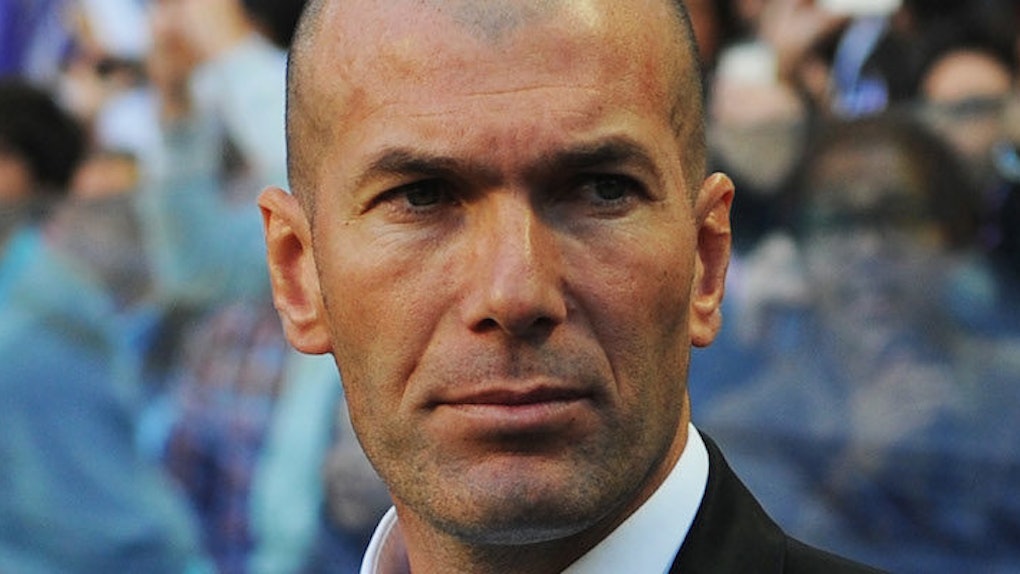 To be completely honest with you, I was never a spectacular athlete growing up. I mean, I was pretty capable at most sports, but I never expected to earn a scholarship anywhere. I just loved sports and played as a result.

Still, regardless of which sport I was playing, I always found a way to make myself useful -- because of my sports IQ. You know, I’d do all of the little things that don’t usually show up on the stat sheet to help my team win.

In short, I played with a very “coach-like” mentality. One that I chalked up to an exorbitant amount of time spent watching sports on TV and playing sports video games.

See, to be a coach, you don’t necessarily need to be a great athlete. You need instincts -- and the type of charismatic personality that gets the guys around you fired up to play. Most importantly, you need to know how to win games -- not necessarily have the athletic ability to do it yourself.

Take Vince Lombardi, for example, the man who most consider the greatest football coach of all time. Despite winning five NFL Championships -- and the first two Super Bowls -- Lombardi never played football professionally.

Lombardi just understood the game and was great at translating his knowledge to his players. Although his own football skill set might have not been too profound, he was remarkable at elevating the skill sets of his players. And that’s what matters as a coach.

Just because you’re able to excel at a sport as a player doesn’t mean you’ll excel at teaching the sport to others. Sure, it probably doesn’t hurt to have achieved some level of success as a player prior to coaching, but the two are far from being causally related.

In fact, according to Sian Beilock Ph.D., a professor of psychology at the University of Chicago, the best players rarely make the best coaches:

As you get better and better at what you do, your ability to communicate your understanding or to help others learn that skill often gets worse and worse.

Sure, you might have a world class jump shot, but unless you’re able to pass that skill on to the players around you, you’ll never be a good coach. As Beilock explains, many of the top athletes rarely are able to communicate how or why they’re so talented.

These types of upper-echelon athletes might flourish with the ball in their hand -- with the game on the line -- but putting other players in the right spots to succeed is a different thing entirely.

I recently was thinking about the whole player-coaching thing earlier this week, with Real Madrid’s announcement that Zizou Zidane would be the new boss of “Los Blancos.”

Anyone who follows football (soccer), even slightly, should be familiar with Zidane -- one of the greatest footballers of all time. However, this new opportunity at Real Madrid presents a new test for the Frenchman, marking his first major coaching position.

Although he surely had one of the highest football IQs of any player to ever step on the pitch, it remains to be seen how well he’ll fare from the sideline.

If he were to falter, he definitely wouldn’t be the first superstar athlete to do so. I mean, take some of these amazing athletes whose coaching tenures weren't nearly as impressive as their playing careers:

If Gretzky was one fraction as good of a coach as he was a player, he’d probably still have a job behind some NHL team’s bench today. In his time coaching the (then) Phoenix Coyotes, “The Great One” failed to elevate his team to the playoffs and produced only one winning record in four seasons.

After putting together a .473 percent winning percentage from 2006 to 2009, he resigned and pumped the brakes on his coaching aspirations. Although I have a feeling he’ll return to the sidelines again at some point in the future.

Yes, it was a very short-lived experiment, but Magic Johnson did, in fact, coach his beloved lakers for a brief stint in the 1993-1994 season (in between retirements). Coaching many of his former teammates, Johnson led the purple and gold to a dismal 5-11 record before surrendering his duties at the end of the season.

He then returned to actually playing the game -- as opposed to coaching it -- as a point forward of sorts in the 1995-96 season. Despite it being his worst statistical year as a player, it was still lightyears more successful than his job as a coach.

I’m a Knicks fan, so I could probably lecture you about Isiah Thomas’ shortcomings as a coach until the cows come home. Aside from being a poor coach, Thomas might’ve been a worse GM -- acquiring Steve Francis and Stephon Marbury at the expense of the Knicks future.

While Thomas surely knew how to run an offense during his days with the Bad Boy Pistons, he couldn’t make it happen at the Mecca of basketball, posting a career .456 winning percentage over five seasons with the Pacers and Knicks.

Ted Williams is probably the greatest pure hitter of all time, undisputed. However, when it came to Ted Williams the coach, he was far from great.

His career as a manager was pretty short -- lasting only five seasons between the Washington Senators and Texas Rangers -- and for good reason. After winning 86 games with the Senators in ‘69, his first season, the team got progressively worse over his tenure as manager.

He eventually left the Senators after the ‘71 season for the Texas job, where he managed to rack up a mere 54 wins. That’s just not gonna cut it.

While I'm sure Zidane will kill it as the manager for Real, being great at a sport doesn't necessarily mean you know how to coach it.