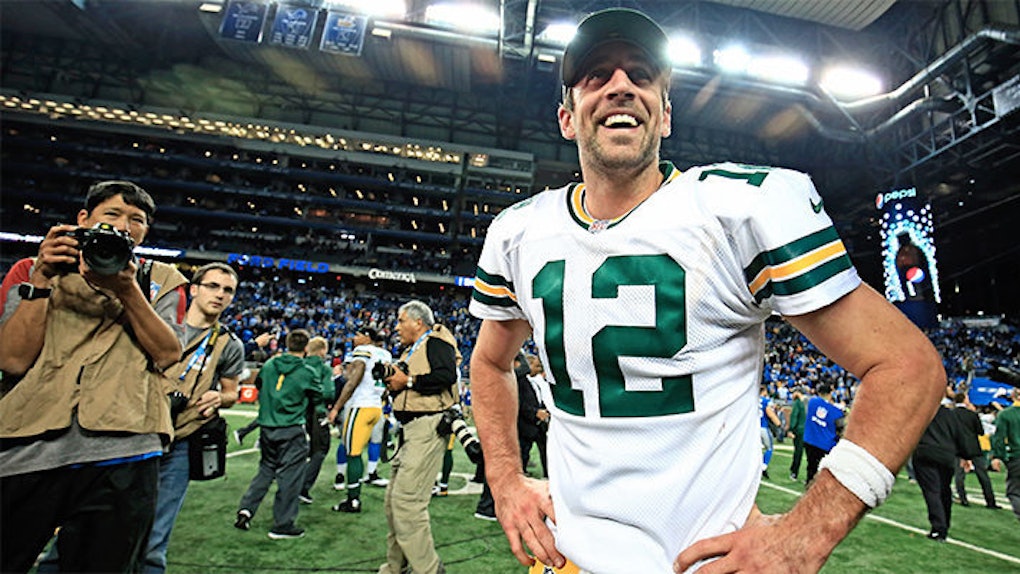 Aaron Rodgers and the Packers had no chance at all to win the game. And then a miracle happened.

With zero seconds remaining on the clock, Green Bay's quarterback aimed one final heave at receiver Jeff Janis, who'd only caught two passes during the regular season, for a near impossible Hail Mary.

Janis caught it, and the Packers forced overtime in their playoff game against the Arizona Cardinals.

It is easily one of the greatest plays in NFL playoff history and one you have to watch.