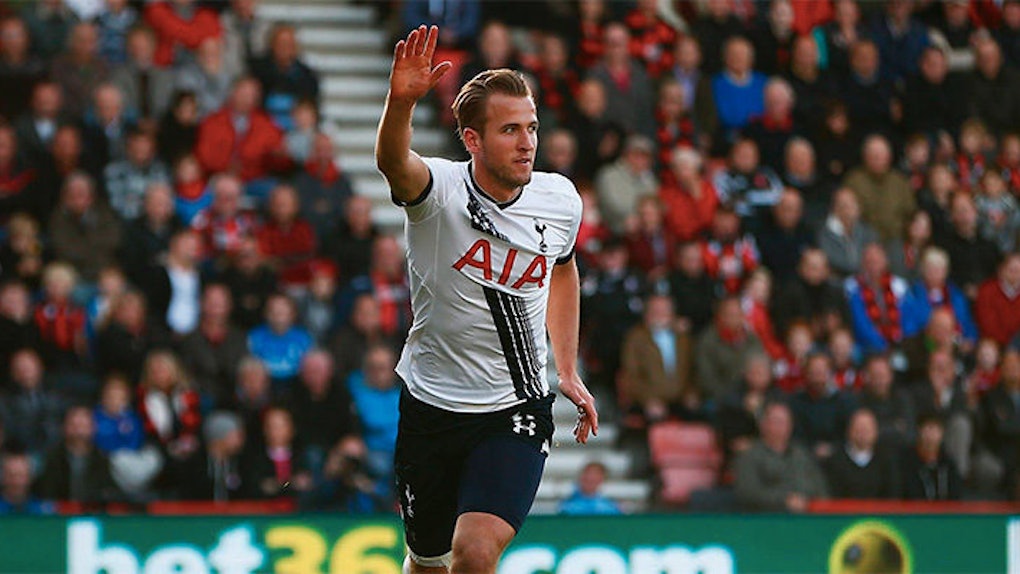 After years of bouncing between fifth and sixth places finishes, Tottenham finally look like a team ready to compete at the top of the league for the whole season.

Spurs have not lost a Premier League match since the opening day of the season, and they picked up another victory mid-week en route to a big rivalry game this weekend.

Arsenal, on the other hand, were humbled in Germany via a 5-1 beating at the hands of Bayern Munich. How they respond on Sunday will be interesting to see.

But the big game between the two rivals is just the first of many things to watch this weekend in the Premier League:

This is rarely a dull derby and this weekend's showdown between the hated rivals should be a tasty game.

Spurs will fancy their chances against an Arsenal side hurting through injuries, and the ass-whooping delivered to them by Bayern Munich in midweek Champions league play.

Spurs themselves are in decent form but when the two sides are at full compliment, Arsenal is the better team.

The fact that Arsenal is without Theo Walcott, Aaron Ramsey and Alex Oxlade-Chamberlain really helps Spurs fans' optimism as they travel across town to the Emirates.

But really, this derby doesn't need the big sell. Here is a reminder of just how good this showdown can be:

Jose Mourinho may have had "nothing to say'" about his side's 3-1 home loss to Liverpool last week, but some of his players appeared to have plenty to say.

The BBC reported that a Chelsea player had told a source of theirs that he would "rather lose than win for him (Mourinho)."

If that's true, then things have reached a level of toxicity in the Chelsea locker room that even a seasoned campaigner like Mourinho will struggle to remedy.

Body language analysis of Chelsea players on their visit to Stoke this weekend will be widespread amongst fans and media alike; which players represent the anti-Mourinho faction?

In the midst of a divided locker room, a poisonous atmosphere with the media and a side playing terribly, is there any hope for a blues win this weekend?

Paul Lambert and Tim Sherwood have both bitten the dust at Villa Park in 2015. Next up, former Arsenal player Remi Garde.

Garde fits the profile of the young ambitious manager that Villa owner Randy Lerner has recently favored, but can he avoid the fate of the previous incumbents?

This is not a game Villa will be expected to win, but Garde's Villains need to show a spark, a statement or any indication that the Frenchman can turn this ship around.

Because so far, Villa has relegation written all over them.

The Jekyll And Hyde's

Two teams vying for a top six finish. Two teams with good starts but yet something to prove. This could be the weekend's most interesting match-up.

West Ham is a team that can beat Arsenal at the Emirates and yet can concede four goals at home to Bournemouth. They also lose to Watford the week after beating Chelsea.

Everton, on the other hand, smashed six past Sunderland last week but put in disappointing performances in losses to Arsenal and Manchester United in the previous two weeks.

These are the Jekyll and Hyde teams of the Premier League. And they're both play attacking football. This should be fun.

Louis van Gaal came under fire last week from United legend Paul Scholes about the less than exciting style of play at Old Trafford these days.

LVG fired back by referencing the applauding fans, the permanently full house at the Theatre of Dreams and his belief that the football is always entertaining.

Last Tuesday night in a Champions League tie vs. CSKA Moscow, around the 66th minute, with the game tied at 0-0, Anthony Martial was replaced by Marouane Fellaini to a chorus of boos at Old Trafford.

Minutes later the Stretford End erupted with a chant of, "We are man united, we want to attack."

With West Brom at home for United on Saturday, it's time to attack.