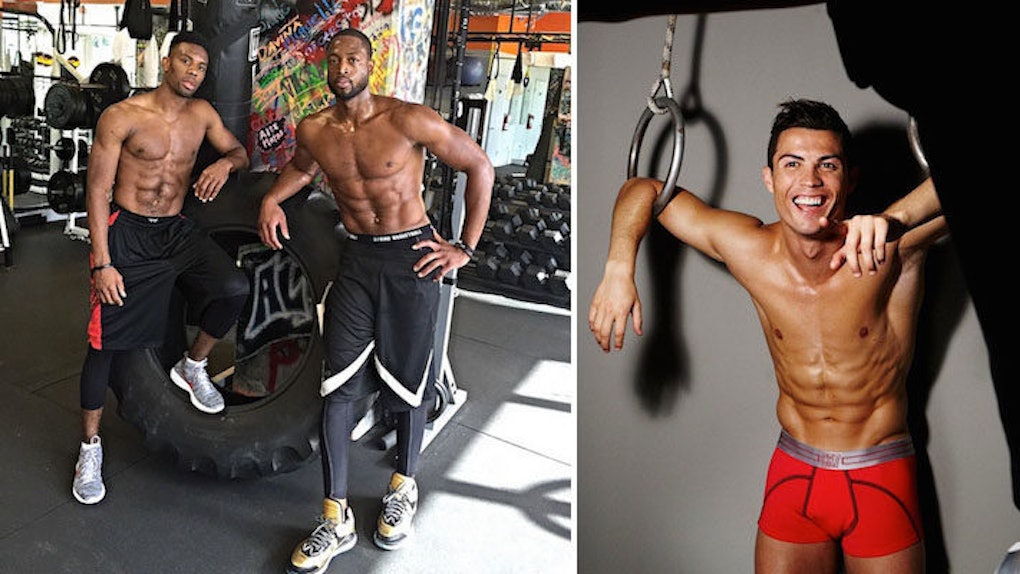 I love sports just as much as the average guy, but you'll find me in the bleachers for a reason other than the game itself.

I'm there to get a front row seat to the eye-candy show, of course.

Between the talent, the fame and the muscles, it's not hard to see athletes have a lot going for them.

Plus, the fact that these guys just happen to be some of the hottest men alive doesn't hurt either.

Playing professional sports isn't easy, so these guys train incredibly hard to keep themselves in tip-top physical condition and trust me, it shows.

Like most ladies, I have a serious weakness for shredded dudes with rock-solid stomachs.

From gorgeous rugby guys and soccer players to NBA All-Stars and world class Olympians, there are plenty of shirtless studs who make the locker room extra steamy with their sizzling six packs.

So, we set out to find a bunch of ridiculously good-looking athletes who aren't afraid to show their fans a little skin and flex some irresistibly sexy abs both on and off the field.

Take a look at the pictures below to see 25 athletes with seriously impressive abs.