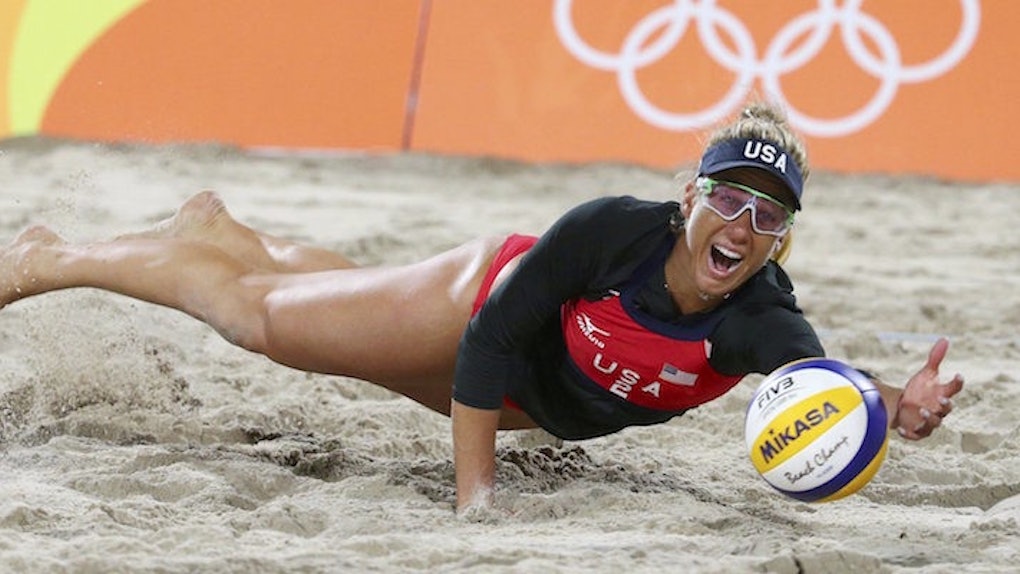 An Olympic commentator has just created a new exclamation, and we couldn't be happier.

Staff over in Rio must be getting spread too thinly to cover all the events, because one volleyball commentator completely forgot where he was and randomly yelled "KATIE LEDECKY" during a match.

He was so far off. She's a swimmer. Not even a land sport Olympian.

And here are Kerri Walsh and April Ross:

But this is more than a slip of the tongue.

Imagine it. You land that dream job: "KATIE LEDECKY."

That moment when the commentator randomly shouts "KATIE LEDECKY!" during beach volleyball me as a commentator honestly — Elizabeth L. (@eIizabeast) August 11, 2016

No one knows what sparked the outburst. Did Katie Ledecky walk into the volleyball area at that exact time and catch the commentator's eye? Is he secretly in love with her? Or was he just trying to jazz up his job?

I hope it's a combination of all three.