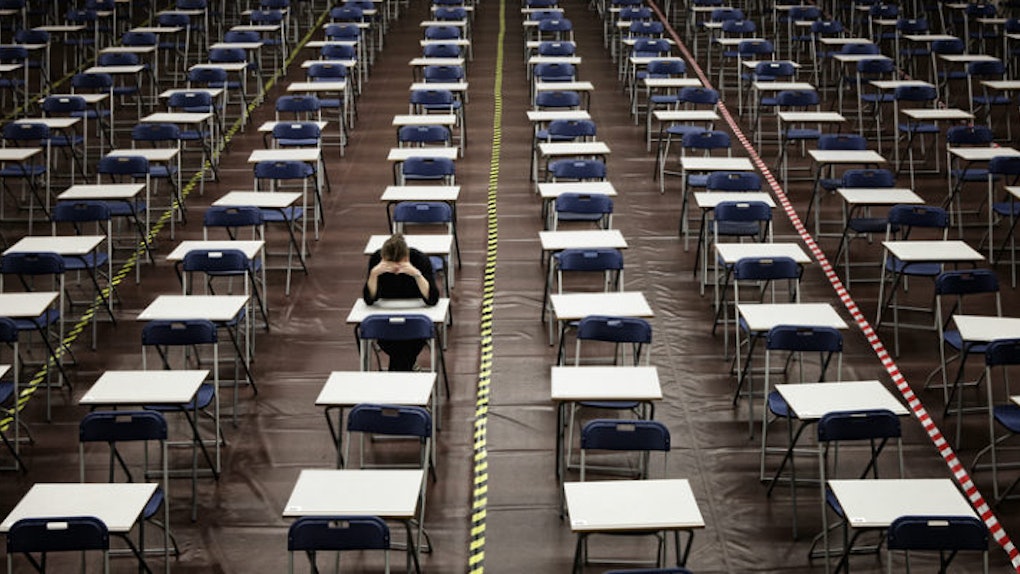 Yale Professor Made Test Optional For Students After Election

Today, many people are in mourning. What many assumed could never happen did.

Donald Trump was elected our 45th president of the United States of America.

A man with no political or military experience and who has said racist, sexist and xenophobic things repeatedly, beat the democratic nominee Hillary Clinton.

He ran a campaign based on hate and fear.

As a nation, we are stunned. We're hurt. Many, many people are afraid. It is possibly the most shocking election America has ever known.

Students even reached out to a Yale University Econ professor about their grief. He responded by making the midterm exam optional for the shocked students.

Honestly, big props to this professor. He or she is probably well aware that many of their students were up late watching the terrifying outcome of the election.

Personally, I was at a bar crying. I haven't cried in a bar since that one time I was very drunk and a girl said I was pretty in the bathroom.

The bartenders gave me a lot of free shots last night, but it did not dull the pain. I have never experienced a bar so quiet as when Trump won.

Meanwhile, that ish wasn't going down in Biology.

The midterm for Biology will go on as scheduled, because science stops for no one.

Science stops for no one, including Donald Trump who has denied climate change and global warming.

I totally understand why these students are experiencing emotional toil. I'm right there with them. I considered not going to work today, but I gots to get paid.

Because I'll probably have to pay more taxes under Trump and maybe for my own healthcare, and I should schedule those abortions before he makes them illegal.

Citations: Yale Professor Makes Midterm Optional For Students Who Were Upset About The Election Results (Brobible)