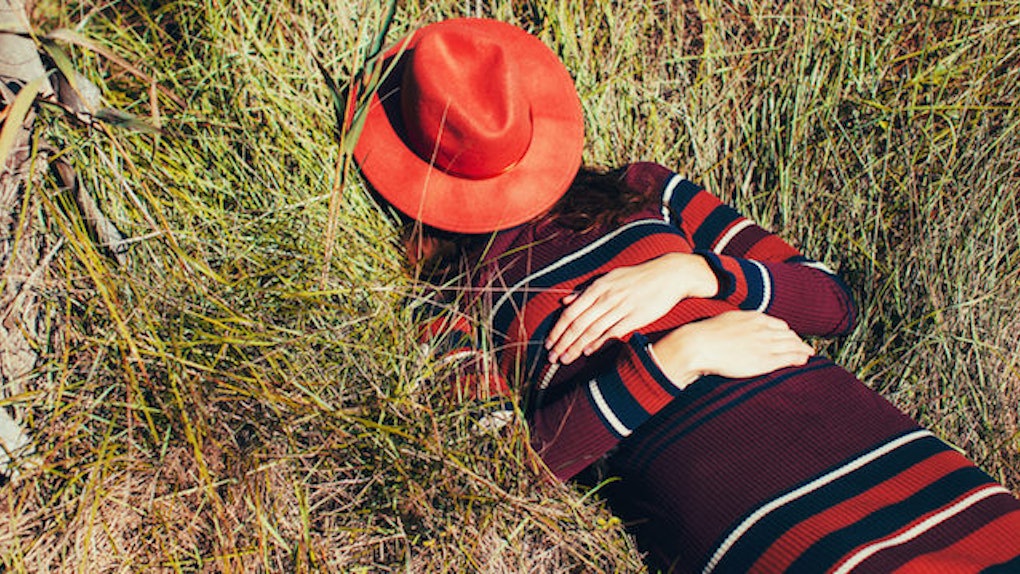 Women Need More Sleep Because Their Brains Are More Complex

You've probably noticed that a lack of sleep can lead to a horribly unproductive day.

For instance, I didn't get any last night, and I just spelled the word "horrible" as "hoffible."

It took me a 60 seconds to figure out what was wrong with my spelling, and I got very emotionally upset until I realized I'm an idiot and "horrible" does not have the letter F in it, let alone two Fs.

Turns out, like most of the real-life nightmares I've experienced, I can take comfort in the fact that this is happening because I'm a woman.

Researchers have found that the more you use your brain, the more sleep you need. And because of women's superhuman ability to multitask, we need our sleep more than men do.

For women, poor sleep is strongly associated with high levels of psychological distress and greater feelings of hostility, depression, and anger [...] In contrast, these feelings were not associated with the same degree of sleep disruption in men.

I wasn't at a loss for more reasons to keep hitting the snooze button, but this is an excellent one to have under my belt.

A man who has a complex job that involves a lot of decision making and lateral thinking may also need more sleep than the average male, though probably still not as much as a woman.

Did you hear that?

A man with a complex job that involves a lot of critical thinking and decision-making skills, like a CEO of a business, STILL doesn't need as much sleep as, say, his female employees.

The reason? Because those female employees' brains are busy being more complex.

As far as I'm concerned, either pay us the full dollar amount that you're paying your male employees, or let us sleep in 20 percent longer to account for the wage gap.

Goodnight, everyone. I'm going home for a nap.