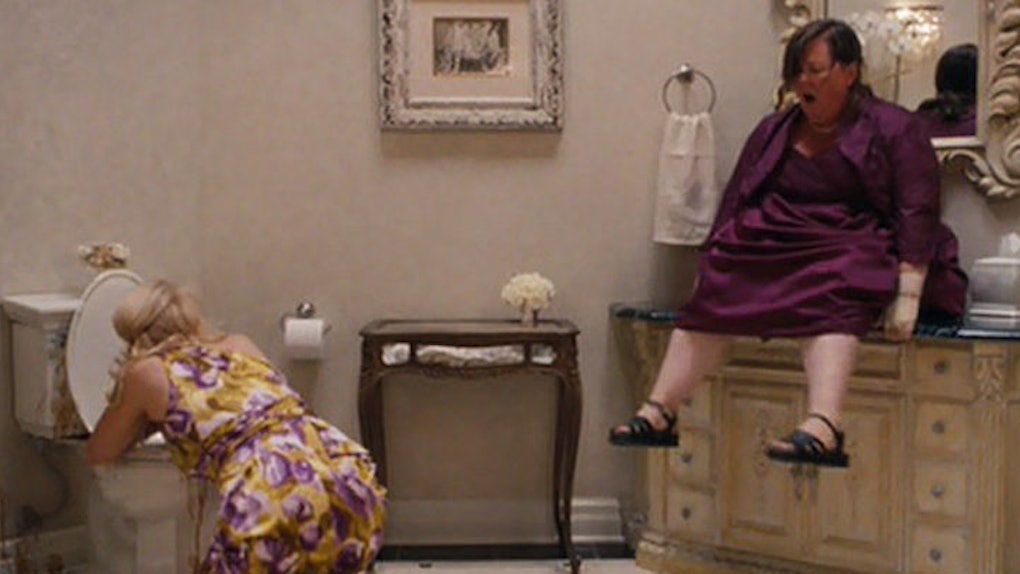 Woman's Story About Crapping On A Hookup's Bed Is Seriously Terrifying

We've all been there.

No, wait. Actually, very few of us have been there like this poor girl.

She's a modern-day hero. But not because she fights racism or posted and empowering, thought-provoking Facebook status about an underrepresented community.

What she did was braver (and way funnier).

A girl with the username mauram42 told BuzzFeed about how she shat herself while getting it on with a boy — in a bunkbed. But that's just the beginning.

She opens her story with this:

It was my freshman year of college, and my antibiotics were wreaking havoc on my digestive system. I knew I was going to be seeing a certain guy at a party, so I wore my tightest skirt and probably drank a little more than was advisable.

Things progressed, and he was on the top bunk, so they climbed and got frisky.

Due to my barely-contained gastrointestinal distress, I kept everything above the waist, for fear of losing my already-precarious control over my intestinal muscles.

But things went south quickly and quite literally.

I had such a bad stomach ache that I couldn't fall asleep. I decided that it was impossible to get down and back up to the bunk bed without waking up both him and his roommate, so when I was sure he was asleep, around 3 am, I very carefully parted my butt cheeks to release the most silent fart possible, but liquid hell came out.

I panicked. I could feel my skirt and underwear barely holding the mess in (thank GOD I wore such a tight skirt — it was instrumental in keeping this mess from dropping out).

Then the guy woke up, and what she did next was either the most clever or disgusting solution to the problem.

In my poop-induced panic, I gave him a hand job to distract him.

She left after that, and ran across campus with "liquid shit running down [her] legs."

But wait, there's more. She left her keys at his place. Thankfully, her RA was able to let her in.

Plot twist: They ended up dating for three years.

And I found out a year ago that he had NO idea I liquid-shat myself in his bed that first night. He fondly remembered the hand job, though.