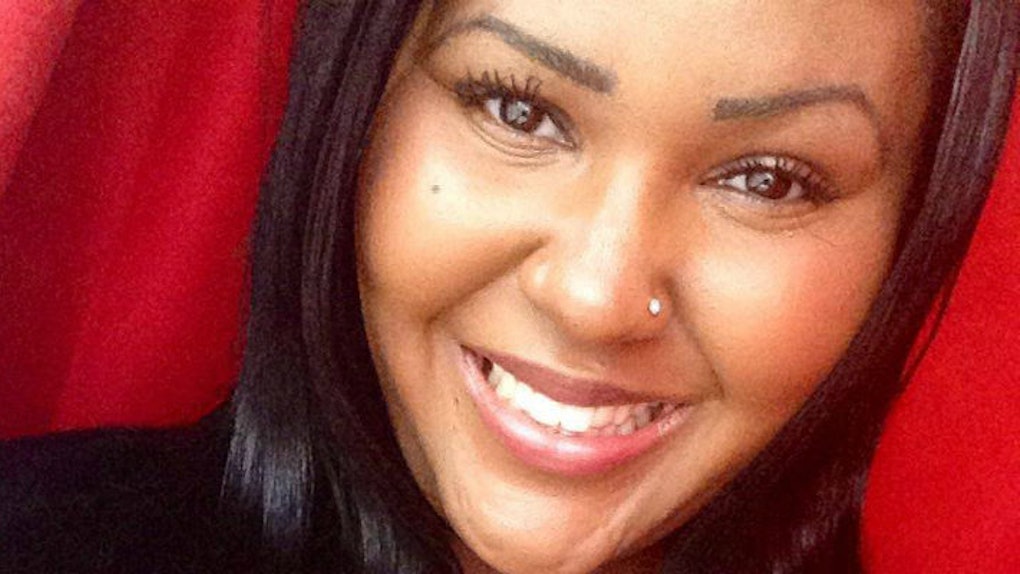 Woman's Boobs Got Her Banned From Riding Roller Coasters

I did not even know breasts come in size 36L.

I also didn't know that boobs of such grandeur could prevent a person from enjoying a roller coaster.

This is a lot to take in all at once. I'm learning a lot today.

This is 22-year-old Tanya Willis. While visiting Thorpe Park in Surrey, England, she was told she couldn't ride the Colossus roller coaster.

It wasn't because she wasn't tall enough, had a heart condition or whatever excuse my lame ass friends want to give. It was because her breasts were so large that they couldn't fit underneath the safety bar.

She was forced to walk past the hundreds of people in line after she was turned away by the operators of the ride.

Tanya paid $35 for her ticket and was forced to watch her family have fun without her on the ride. She said,

They should realize that not everyone has a B cup. Some of us are bigger than that. I'm not fat, but the safety bars and seats are not designed for large-breasted women. It was really embarrassing having to be chucked off a ride and do a walk of shame past everyone. It ruined my day, and I wasn't even offered a refund.

We had travelled all the way there so there was no point in them missing out because the ride could not accommodate my breasts.

She also tried to ride another ride called Rush, but again she was told her breasts were too big.

A spokeswoman reached out to Tanya, but also said,

If our restraints do not click into safe mode, we will not allow a guest on the ride for their own safety. It will not start unless all restraints are locked. We have restriction boards at each attraction.

Citations: A Woman Was Banned From Riding A Roller Coaster Because Her Size 36L Boobs Defied Safety Regulations (Bro Bible)