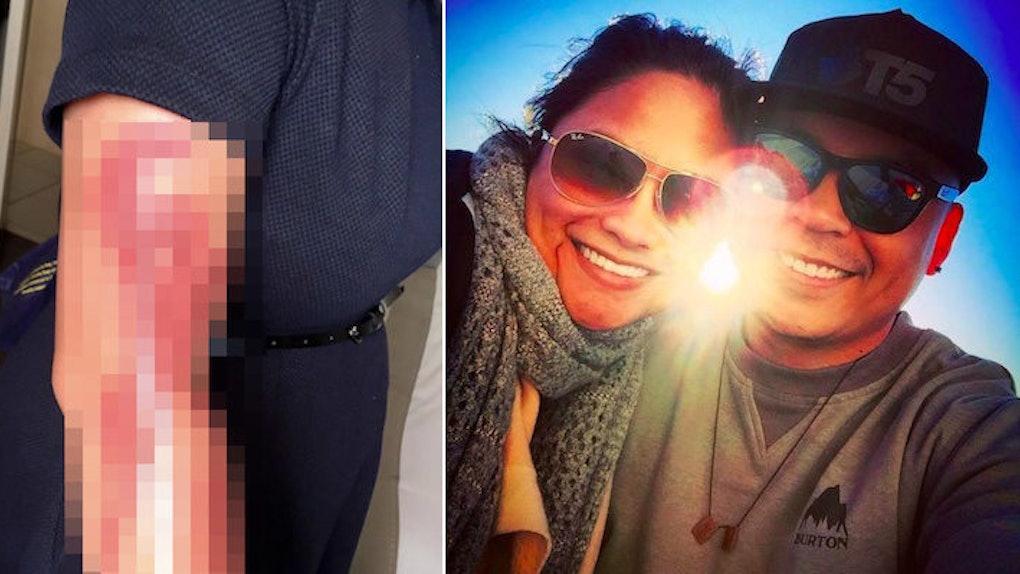 Woman Burned From Falling Asleep Next To iPhone 7

For years, I've fallen asleep with my iPhone charging directly next to my pillow.

I'm certainly not proud -- but it's convenient, you know?

I need my cell close by so I can scroll aimlessly on Facebook until 3 am and then effortlessly hit snooze when I wake up in the morning without actually moving at all.

But after a woman woke up with burn marks all over her arm from falling asleep on top of her charging iPhone, I'm going to quit my habit ASAP.

According to Metro, Melanie Tan Pelaez fell asleep while watching movies on her iPhone 7 last week. Her phone was plugged in and charging when she dozed off.

Apparently, the 34-year-old woman woke up to "sudden pain, pins, and needles," and noticed her arm was red.

Then, she reportedly saw a doctor who immediately told her to go to the hospital.

Her burn marks were gruesome, to say the least.

Tan Pelaez shared a photo of her injury on Facebook, and explained her scarring experience with a caption.

I recently purchased an #Apple #iPhone7 and accidentally fell asleep with my arm on my phone whilst it was charging. I was woken up by sudden pain, pins and needles, numbness and shortness of breath. This is a picture of the result of sleeping with my phone whilst charging. PLEASE be careful... I have been an iPhone user since the beginning and have never had an issue or concern, so it's really scary and disappointing that something like this happened and can happen to someone else.

I'm officially charging my cell phone across the room at night. This is way too unsettling.

Apparently, the woman's doctor said she experienced "superficial burns" after sleeping with her iPhone 7.

However, Apple isn't showing compassion and said the phone wasn't at fault. They reportedly told her the iPhone usually shuts down before overheating, and noted the phone didn't "have a distinct smell."