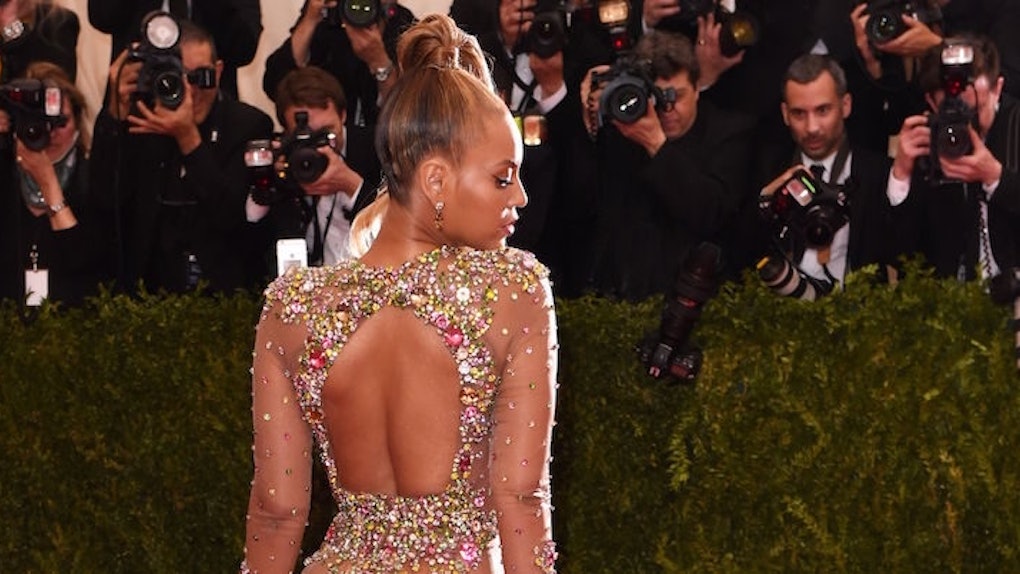 WARNING: India Ross is about to make you feel even sh*ttier about your old prom dress than you already do.

The high school senior adored Beyoncé's nearly naked Givenchy dress from the 2015 Met Gala so much, she created her own version just in time for prom.

It didn't hurt Ross knows how to work a Bey-inspired look.

India reportedly received criticism online for the dress from haters who ain't her insisting her version looks like a “cheap knock-off” that missed the mark because Beyoncé's was “more see-through.”

The Fact that people think I let ignorance ruin me Let's make this clear I do not think I'm Beyoncé but she's my inspiration I think somebody is confused on a inspiration just because she has on a#Givenchy dress don't mean I suppose to have a million dollar dress on I still look so god damn fine in my Walmart, eBay, Michaels, cheap looking #givenchy dress… And your never gone find a pony NAILED as mines.

Until every last hater has crafted his or her own spot-on Yoncé look and garnered national press for slaying it ruthlessly, they all can have a seat. Literally, they can all share the same seat. Be uncomfortable and think about what you've done.