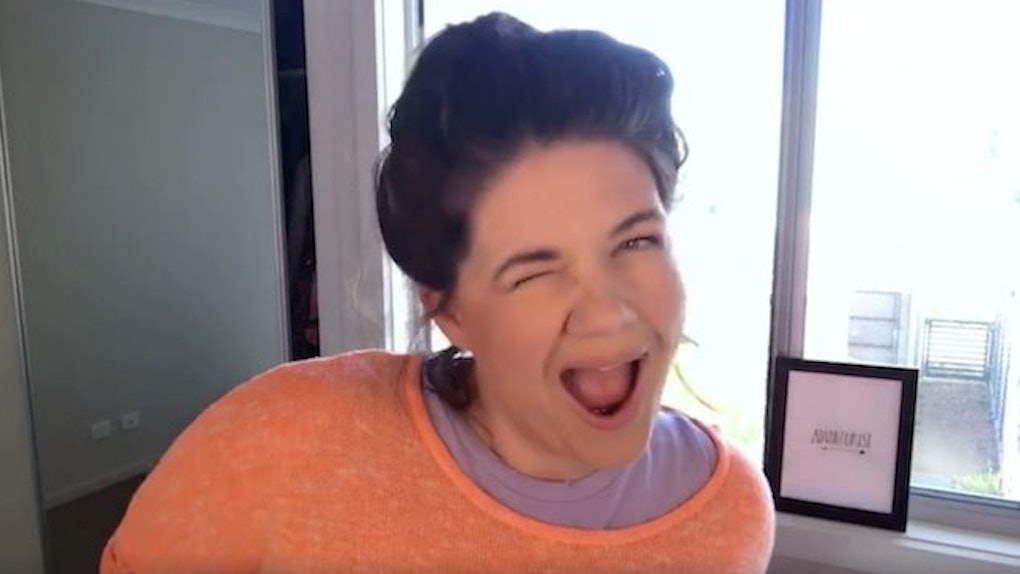 I have a love-hate relationship with makeup tutorial videos.

There's something so captivating, and even somewhat soothing, about watching these videos. Plus, given how short they usually are, they're TOO easy to binge-watch.

But I inevitably find myself frustrated and chucking my overpriced makeup at my mirror, as I can almost never recreate the looks depicted in these tutorials.

For once, though, I've stumbled across a makeup tutorial video that actually ~gets me.~

Tanya Hennessy is a radio host based in Canberra, Australia, but lately, she's taken to YouTube to create her own refreshingly real versions of how-to videos about makeup and hair.

In one of her more viral videos, which has clocked in almost 6 million views on Facebook, Tanya shows us, from one makeup pleb to another, her everyday makeup routine.

She shares with us her collection of old, unwashed makeup brushes and the exorbitant products sold to her by intimidatingly attractive salespeople.

About halfway through the hilarious video, an out-of-frame Tanya can be heard yelling downstairs to her boyfriend to be quiet while she's filming.

She then returns to the camera with a smile and says,

I'm so sorry, he is a burden. So after my brows are done and I've finished yelling at my boyfriend, I then move onto contouring. I don't really know how to do that, so I just give it a go!

Tanya proceeds to chuckle at herself as she "goes to town" to "give the illusion I have one chin."

Everything about her is so me and my inner monologue, IT HURTS.

According to BuzzFeed, Tanya was inspired to create these types of videos because she has watched so many herself on YouTube, but she's always felt they weren't "real."

Tanya finished her everyday makeup tutorial video with some "self-indulgent" poses to show off her look.

She told BuzzFeed, that while she loves the "idea" of makeup, she only wears it if she absolutely has to.

Girl, I don't really care if you wear makeup or not, but please stay on YouTube because your videos give me life.