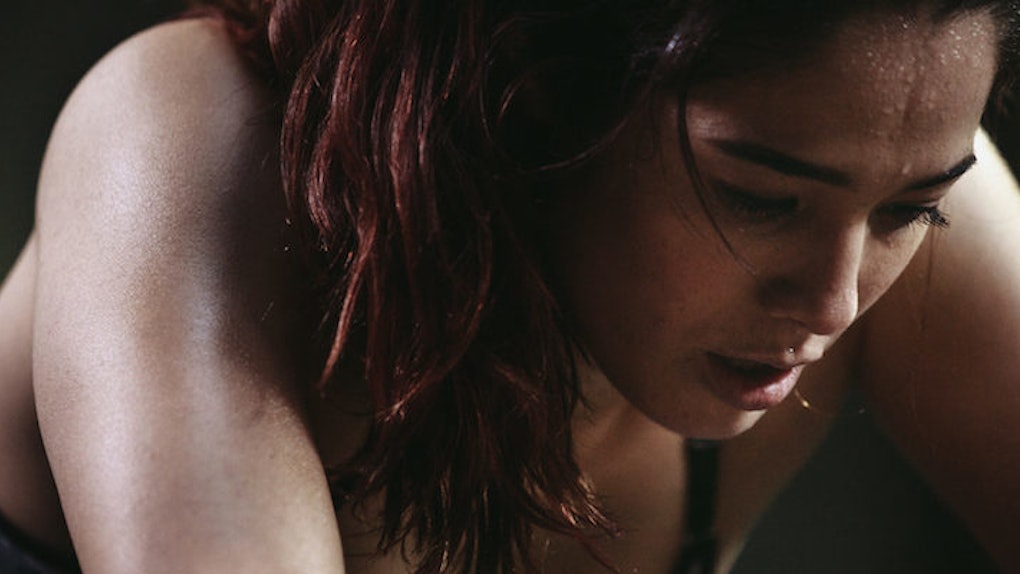 Julie Reid, 28, used to love teaching dance and gymnastics until, out of nowhere, she developed a rare condition that makes her allergic to her own sweat and tears.

With no warning, the Clearwater, Florida native apparently developed cholinergic urticaria, an autoimmune disorder that causes her to break out into painful hives every time she sweats or cries. Unfortunately for Reid, there is no known cure for her condition.

In an interview with WFTS ABC News, she said,

It itches like crazy. I scratch my skin open.

With no health insurance and a disorder that prevents her from working in her chosen profession, Reid has had a hard time making ends meet after she was denied disability pay. According to Cosmopolitan, she sold her furniture to help pay for her medical bills and stays indoors mostly to avoid her town's warm, humid climate.

As a result of the stress, Reid says she's become an emotional eater and has since gained 100 pounds. Though she says she's tried to work off the weight, it's obviously very difficult, as she explained to ABC News,

Any physical activity I do, you know, I develop hives everywhere. It's torture living like this. I'm allergic to myself.

So, next time you decide to skip the gym because your favorite sports bra is in the wash, remember you could have much bigger problems on your hands.

Citations: Woman Who's Allergic to Her Own Sweat Makes Every Other Workout Excuse Sound Like B.S. (Cosmopolitan)