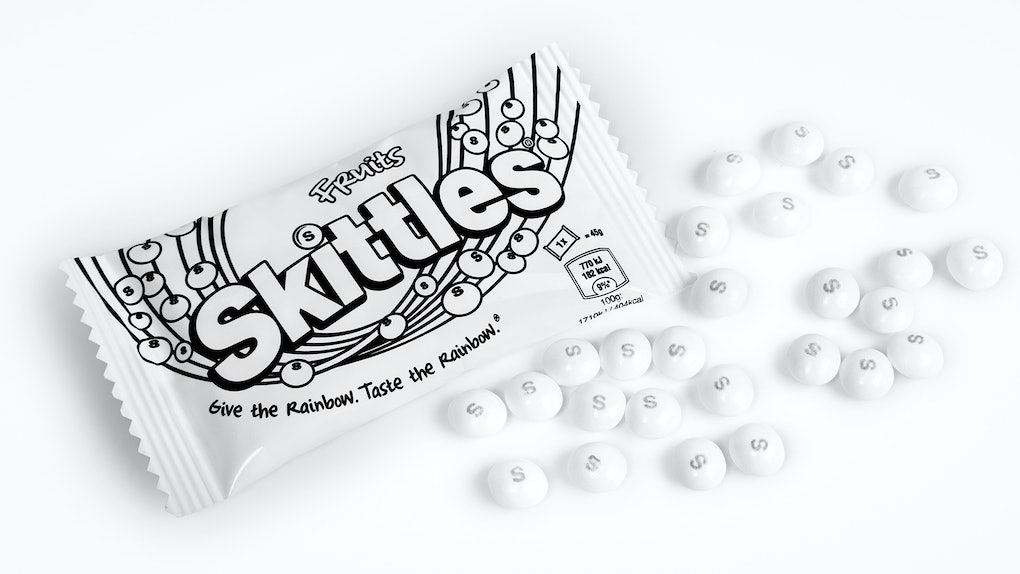 White Skittles Released For Pride Month And Twitter Is Mad

Skittles tried showing support for equality in honor of Pride Month by turning their rainbow-colored bag of candies completely white, and Twitter is furious.

A slogan for the controversial all-white Skittles says, "During Pride, only one rainbow matters. So we've given up ours to show our support."

Although their effort to show support for the LGBTQ+ community was probably sincere, Skittles didn't think about the fact using only white Skittles (for the second year in a row) might come off as... um, racist.

When people caught onto Skittles' new product, they started to wonder why they are only white -- and it's safe to say the message backfired a little bit.

People are wondering why they couldn't have been white and black Skittles.

Even though Skittles probably didn't try to deliberately offend anyone with their Pride Month promotion, they're still receiving tons of backlash from people who think they should've included more than white inside their colorless bags.

TBH, I totally agree. Skittles are my favorite candy, but making an all-white bag was just asking for trouble.

This year isn't the first that Skittles ran a campaign for Pride month, though. In 2016, the candy company went all-white in honor of London Pride, and the candy was given out during Pride.

Apparently, this year's all-white Skittles campaign will give some proceeds to LGBTQ+ charities in honor of Pride Month. Even though many people are upset with the company's color choice, others are excited they're showing their pride in such a way.

In case you're wondering (which, I know you probably are), all-white Skittles supposedly still taste fruity and delicious, regardless of their color change.

Either way, let's hope Skittles takes Twitter's advice and make next year's bag a combination of white and black.

If you feel compelled to purchase a bag for yourself, find it on Amazon here.