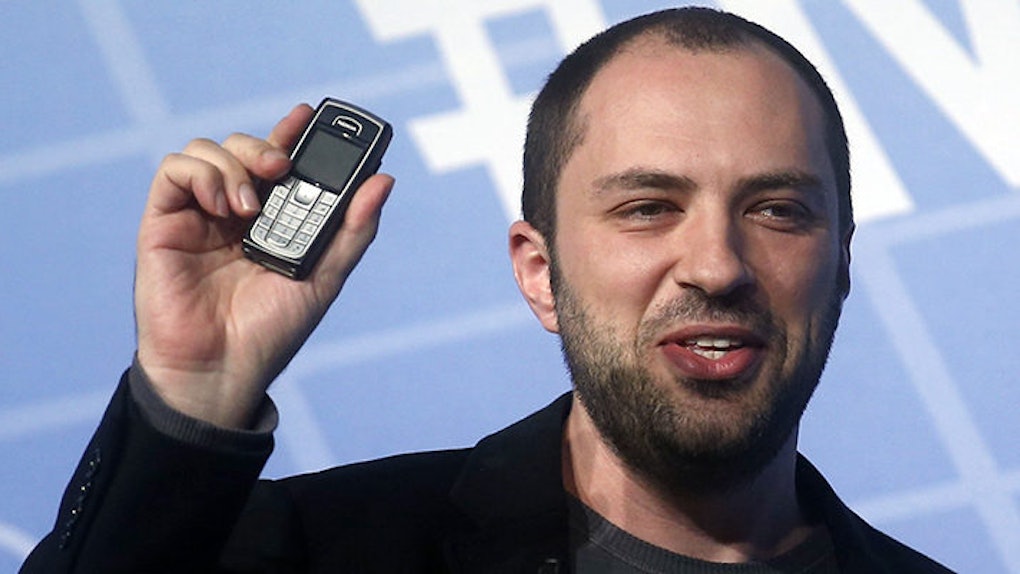 WhatsApp is changing, and it's changing in a way that might make it more difficult to keep up with all your loved ones abroad.

The mobile messaging app is shifting its focus in a way that reflects the current sales of smartphones. On the app's official blog, the company wrote,

When we started WhatsApp in 2009, people's use of mobile devices looked very different from today. The Apple App Store was only a few months old. About 70 percent of smartphones sold at the time had operating systems offered by BlackBerry and Nokia. Mobile operating systems offered by Google, Apple and Microsoft – which account for 99.5 percent of sales today – were on less than 25 percent of mobile devices sold at the time.

Translation: WhatsApp was built to tailor to a type of technology that just isn't that popular anymore... particularly in new phones. So, it's time to move on and get with the times.

For WhatsApp, "getting with the times" seemingly means updating their app in a way that will make it impossible to work on older phones.

As we look ahead to our next seven years, we want to focus our efforts on the mobile platforms the vast majority of people use. So, by the end of 2016, we will be ending support for WhatsApp Messenger on the following mobile platforms: BlackBerry OS and BlackBerry 10 Nokia S40 Nokia Symbian S60 Android 2.1 and Android 2.2 Windows Phone 7 iPhone 3GS/iOS 6

Now, here's where your aunties, uncles and BFFs abroad come in. Our relatives overseas aren't exactly lining up for the latest iPhone every time one comes out.

In fact, that's part of the appeal that made WhatsApp such a huge success for founders Jan Koum and Brian Acton: It was a good, free product that worked for everyone.

I mean, just look at how foreign WhatsApp-centric memes can get:

The other good news? Those phones, in all fairness, are really, really old.

But if someone you keep up with abroad just so happens to be using one of the models listed, he or she is about to be out of luck real soon.