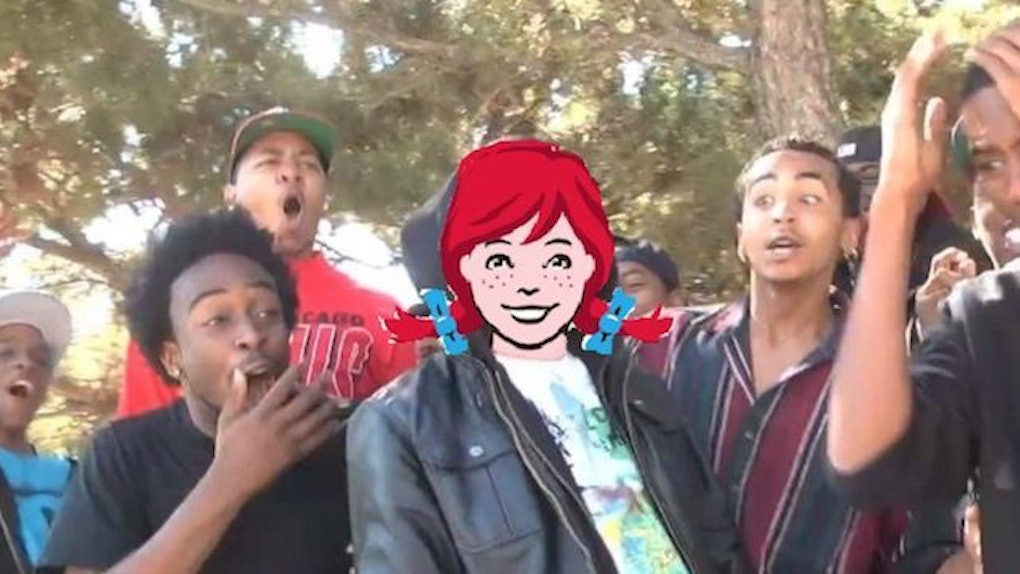 LET'S GET READY TO RUMBLE!

That's exactly what "The King" is going to be yelling as he gears up to referee the highly anticipated street fight between McDonald's and Wendy's at the very center of In-N-Out's parking lot.

That's obviously after Wendy marches into the McDonald's HQ and pulls Ronald out by his earlobe...

On Thursday, Wendy's seemingly declared war on McDonald's over "fresh beef." Let's face it: The feud between both of the fast-food giants has been going on for decades. It was only on Thursday that things finally got really heated.

It all began when McDonald's announced "by mid-2018, all Quarter Pounder burgers at the majority of" their restaurant locations "will be cooked with fresh beef."

Wendy with the red hair must've seen that tweet as soon as it popped up on her timeline because she wasted no time in taking jabs at Ronald McDonald's "fresh beef" pledge.

Here's McDonald's tweet about their Quarter Pounder burgers being cooked with fresh beef by mid-2018.

Fans quickly responded to Wendy's tweet confirming their declaration of war against McDonald's.

Are you going to reply, or nah?

According to Wendy's, NAH.

Even Wendy's fans were talking trash.

As of right now, McDonald's has not responded, but I'm just going to go ahead and guess they never will. I mean, it's McDonald's, the Drake of the fast-food game.

Although, Drake did eventually respond to Meek Mill and left a giant stain on his career. You know what this means, right? Wendy is the new "Twitter fingers."

Let's just hope McDonald's doesn't end Wendy's by, like, getting unbreakable McFlurry machines or something.