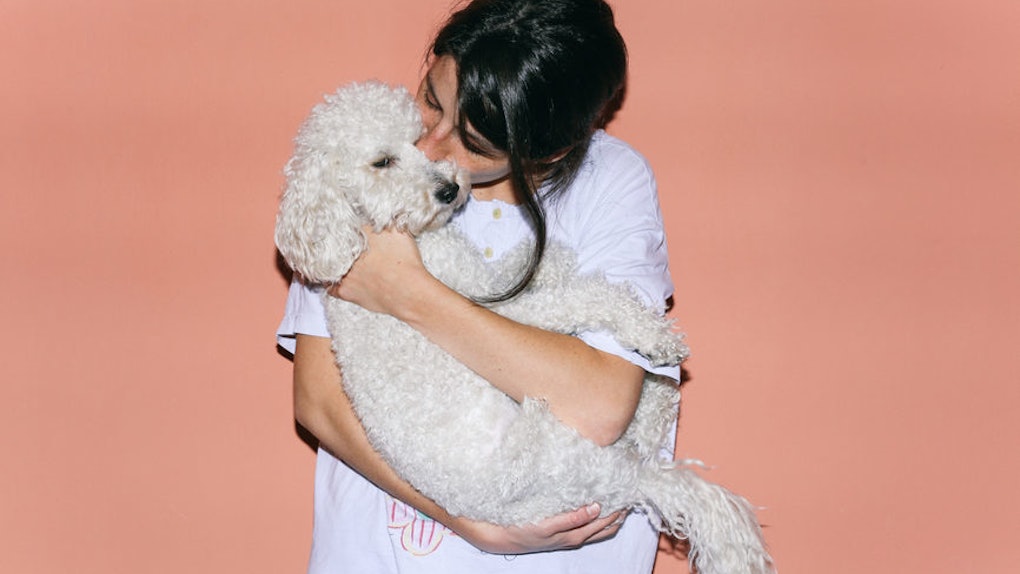 This Is The Weird Way People Are Recycling Their Pets' Fur

If there's one thing no one told me before adopting a very fluffy cat (and an equally fluffy Pomeranian mix), it's that there will never be a time I am NOT covered in fur.

I mean, I love both my pets. I love them so much that I am normally covered in them at any given moment. That's what happens when you adopt a white cat and have a closet that's 50 shades of black and gray: You turn into a fuzzy monster yourself.

If the idea of turning into a ball of fuzz appeals to you, look no further. There's now a company that allows you to turn all your pet's excess fur into a SWEATER, vest or hat.

Spinning Pets Yarn is an Australian company that takes your pets' fur and turns it into yarn. It then ships that yarn to you, and you can knit your way into an ultra-chic scarf made out of Fido's rejected fur. Guess it looks better on you than on your couch.

Something about this feels inherently… wrong. Don't get me wrong; I love both my pets and would prefer they live forever, but I kind of don't want a Chloe blanket on my couch after she dies. That's weird, unnecessary and would probably freak out anyone who came over my place. Also, it would probably be very itchy.

If you ARE interested, it's pretty cheap to get some yarn. Bobbins range from $25 to $40. They're also blended, so it's not just your pet's fur you're rocking on your scarf. That makes it somewhat better (maybe, not really).

Yeah, I think I'm going to pass on this one. Partially because I don't know how to knit, but also because Chloe lying on a Chloe blanket would be way too meta for me.