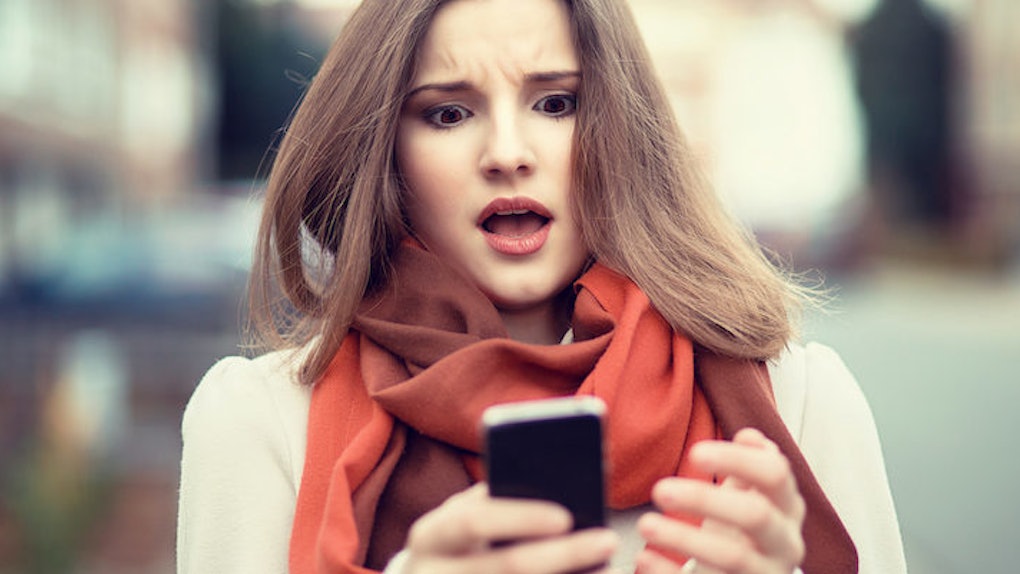 This Viral Video Will Crash Your iPhone

There are all sorts of things you can do to seek revenge on your enemies.

You can send your nemesis a jar of farts or destroy everything in his or her office by sending an anonymous glitter bomb.

If you're too lazy to do either of those things, don't worry: It turns out you can also get some serious payback with simply the push of a button.

That's right. YouTube user EverythingApplePro recently uploaded a video that revealed how to seriously ruin someone's day by sending him or her a simple text message that contains a viral video.

However, this short video isn't your average entertaining clip.

Instead, this MP4 file causes your iPhone to freeze or crash right after you watch it.

First, he sends the viral MP4 file to his iPhone. Then, he clicks on the link and watches the video.

The video features a person throwing something into the air, along with the word "honey."

Then, the screen cuts over to a message that appears to be written in Chinese. Suddenly, the video ends.

After watching the video for a few short seconds, EverythingApplePro shows us the crippling effects this clip has on his iPhone's processing speed before the phone completely freezes altogether.

He then repeats the demonstration on several different iOS versions. They all end the same, and the viral video crashes iPhone after iPhone.

Apparently, the video is hosted on a website called VKontakte, which is basically the Russian version of Facebook.

In order to wreck havoc on someone else's iPhone, people are simply copying the link to the video on the website and pasting it into a text message.

There is no word yet on whether this video is just a glitch or an intentional virus.

However, if you have fallen victim to this iPhone prank, you'll be glad to know there's a quick fix to your frozen iPhone woes.

All you have to do is reset the phone by holding down the Home and Power buttons at the same time on every iPhone model except the iPhone 7. To reset the 7, hold down the Power and Volume buttons.

Citations: Beware of this viral video which will crash your iPhone (Metro)