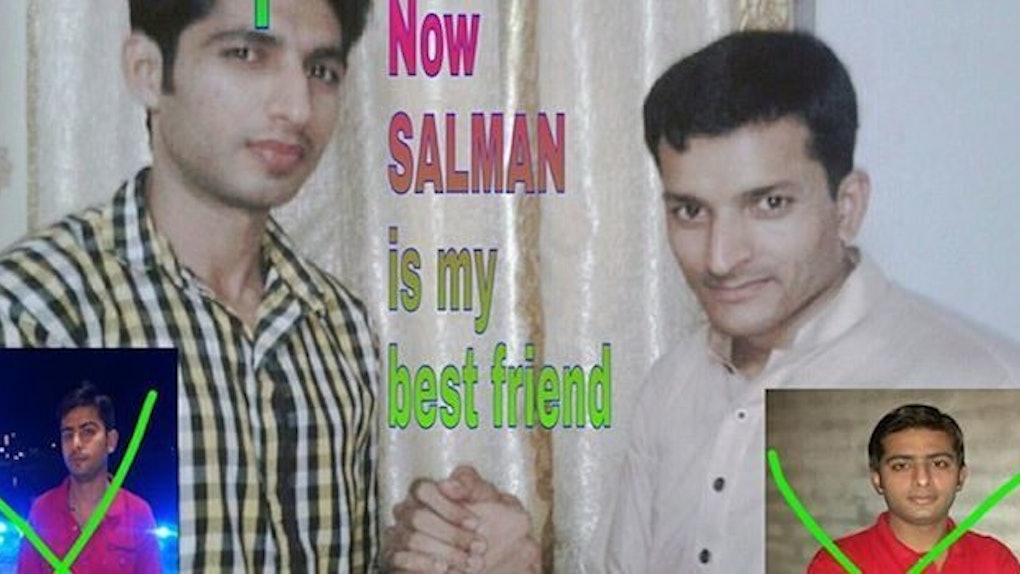 Friendship is the sweetest gift mere mortals can give each other, and it is one to be cherished, protected and maintained for a lifetime.

And if some fake-ass hater wanna work your last DAMN nerve, then you have to kick his ass out and let the whole world know your union is deader than field mice in a mother effing brushfire.

When Mudasir Ismail Ahmad got on his BFF Asif Raza Rana's bad side, the Gujranwala, Pakistan resident said goodbye to tender, everlasting understanding.

To make the switch official, Rana posted a photo update to Facebook declaring his and Ahmad's friendvorce once and for all.

In the post, Rana cited his reasons for leaving Ahmad.

In an interview with BuzzFeed, Rana raved about Naqash's dope skills as a BFF, insisting Ahmad's skills were total BS.

Naqash sounds like the kind of guy who will put the well-beings of others before himself, and what more can a guy ask for in a flawless best friend from heaven?

In a follow-up post on Facebook, Rana reminded followers friendship isn't something you get lazy or selfish about; it's a serious goddamned commitment one should only enter with a full heart and the best intentions.

Good luck to Ahmad, and may he learn the errors of his ways.