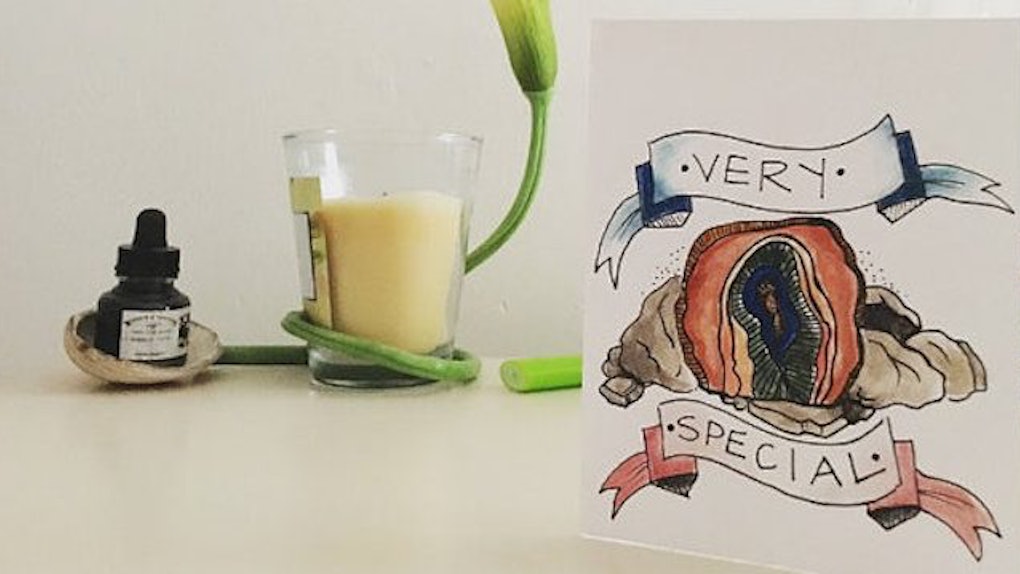 Graphic Vagina Valentine's Cards Will Get You Ovary Excited

As you celebrate Valentine's Day, you should consider also celebrating the vagina.

This part of the female body is often winced at, shunned and turned into a derogatory term (why must we use "pussy" to describe a weak person?).

That shaming is ridiculous, of course, because without the vagina, we all wouldn't exist — and many of us would be having a lot less pleasure in our lives.

And so artist Laura Fabens-Lassen set out to celebrate the vagina for Valentine's Day. She created a set of cards being sold on her Etsy page for the loving holiday, called "Vagentines."

She told Refinery29 she started making Vagentines for her sister a few years ago. Because, of course, Valentine's Day isn't just about a significant other — it's about all types of love, including love for sisters, sisterhoods and vaginas everywhere.

While they're about vaginas, they're not explicitly vagina drawings.

The cards feature items that look like vaginas. And there are some fruits and vegetables, along with other natural items.

In this way, they're kind of like the paintings of Georgia O'Keeffe, which are technically flowers, but sure do remind people of vaginas.

The vagina Valentines all have suggestive language relating to the image, punning euphemisms like, "schuck me."

Fabbens-Lassen said the original version of the Valentines were much more explicit, with full-on drawings of women with legs spread.

She added it was her sister who encouraged her to draw them for sale. She said,

As years went on — and vagina art really started to trend — my sister suggested they could be marketable, and I made another version last year.

She said she wants to make a new version of the cards every year.

And to make them even more attractive, Fabens-Lassen is donating 30 percent of proceeds to Planned Parenthood, so you're supporting vaginas in more ways than one.