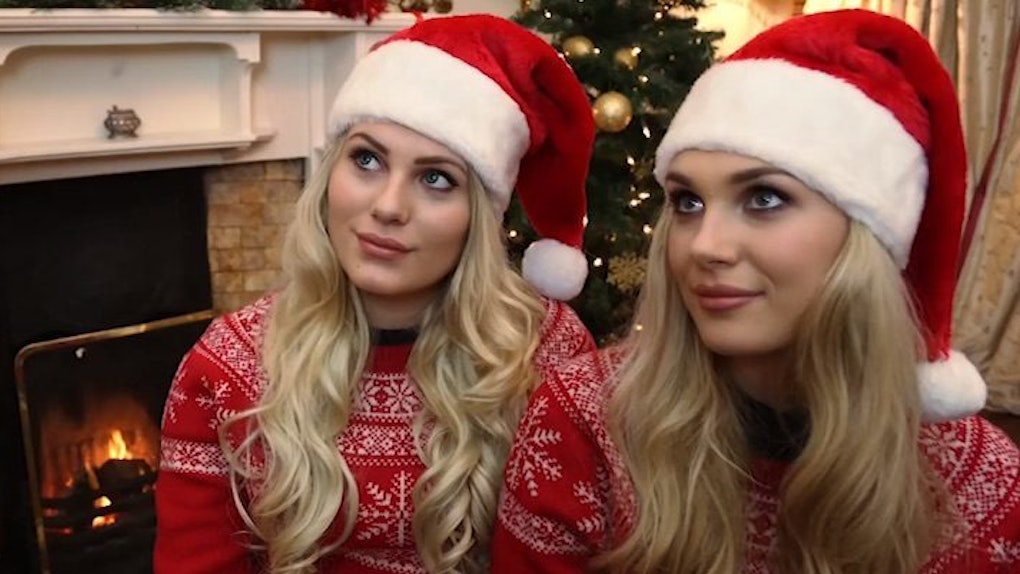 TwinStrangers.net is not a website the world needs, but it is definitely one the planet deserves.

The concept for the site, which the name heavy-handedly implies, is pretty insane.

Finding a twin you aren't related to is like something out of a sci-fi movie. Is this a vital service?

No. Would I shell out a buttload of money to meet someone who looks exactly like me in the hopes of doing cool twin stuff like starting a detective agency or making a startup called Twinstagram, which is Instagram but JUST for twins and nobody else? I would, 100 percent.

Sara and Shannon, who are from Sweden and Ireland, respectively, found each other on Twin Strangers after they both created accounts and uploaded pictures.

After some time, the connection was made and a Christmas-time meet-up was planned.

Admittedly, it's not the MOST casual meeting, and the meet-up somehow feels a little porny, but the video is pretty ridiculous.

Sara and Shannon are going through what I assume Channing Tatum and I will eventually go through when we first meet.

Citations: 'OMG this is so weird': Irish student finds her doppleganger online (Mashable)