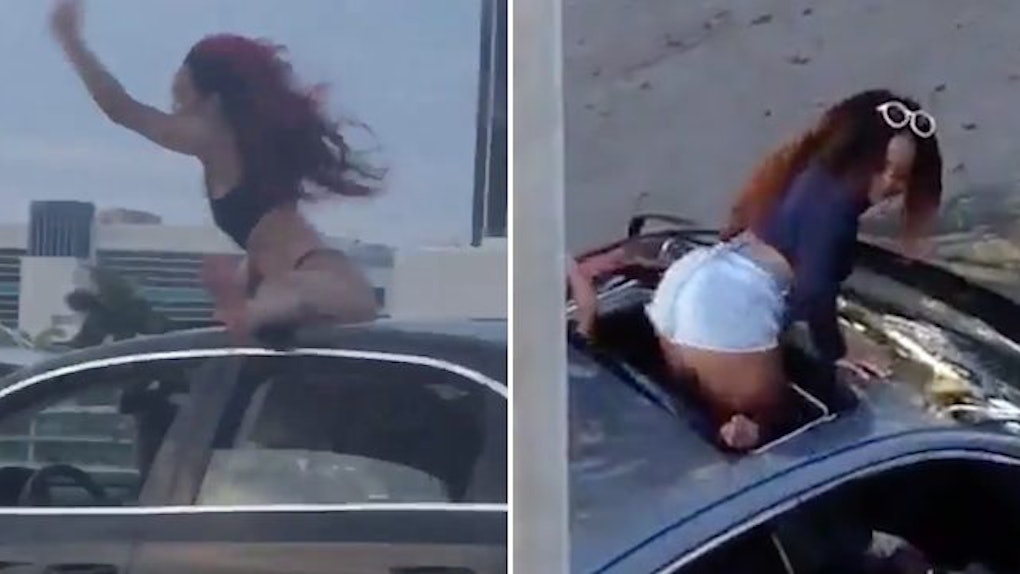 People Are Twerking On Cars In Miami And It's Dangerous

If you thought twerking would be a thing of the past by now, you'd be wrong.

As a matter of fact, twerking is still very much alive. If anything, it's evolving at a rapid rate in ways you probably wouldn't be able to imagine. Let's just say the booty-shakers of the world have been getting quite crafty with the art form.

All of the proof you need lies in the handful of videos that have been popping up on social media over the last week or so. In Miami specifically, there has been a rise in car twerkers. No, that's not a typo.

Women are jumping on the roofs of cars and twerking their goods for nearby motorists to see. Sure, some people aren't complaining.

I mean, if you're going to shake your ass on the roof of your car without anyone having to throw dollar bills at you, go right ahead.

But the reality of the latest "car twerking" trend is it is extremely dangerous.

For anyone who thought that twerking had its moment and now it's gone, that is clearly not the case. As social media has taught us, twerking is forever; it is a timeless tradition.

Yup, it would appear so.

Here's a clip of a woman "car twerking" in Miami. Apparently, this new dangerous twerking trend is on the rise.

Could spring break be to blame? Perhaps. Another woman was pushed off of an ATV by a police officer in South Beach while twerking.

The twerking didn't stop there either. A third woman was filmed shaking her goods while standing up through the sunroof of a car.

I'm not sure if this is a spring break thing, a Miami thing or a soon-to-be nationwide thing. But one thing's for sure: We need to put an end to it.

Look, I know that sounds like the lame thing to say, but someone can get seriously hurt.

Keep it classy. Keep the twerking on the dance floor, in the middle of your living room, on YouTube, in your boyfriend's face or in your body length mirror.

Cars, though?! You're just asking for an epic fail, ladies.