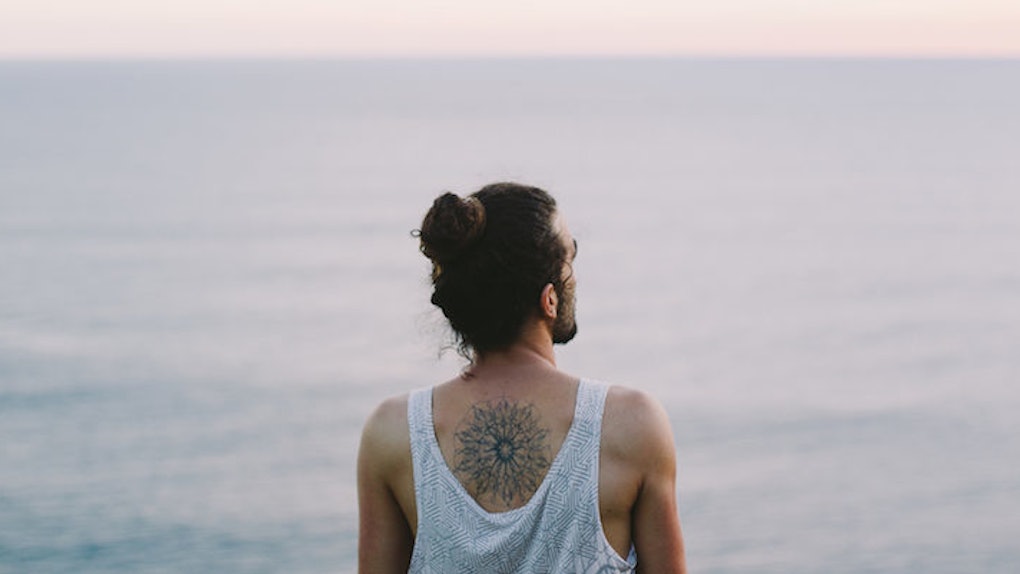 Sorry, man bun clan, but it's time to let your luscious locks flow in the breeze like your predecessor Fabio is probably doing right now.

Some not-so-new evidence proved the man bun and top knot styles can cause hair loss for the trendy men who love to sport them.

Traction alopecia is the gradual loss of hair caused by strain or pulling. First the hair thins, then the follicle loses its ability to replace hair.

The vicious cycle is evident primarily around the temples and hairline, but it can affect other areas of the scalp depending on how the hair is pulled or styled.

While traction alopecia is traditionally more common in women, one dermatologist claims the number of her male patients is increasing.

In an interview with Huffington Post, David Salinger, the director of the International Association of Trichologists, insisted the effects are not just obvious in the States; it's apparent in Australia, too.

We are seeing an increase here. I would say five years ago I saw women with it but never men, now we're seeing it in men. It's a bit early, [men] might be starting to get some thinning. As time goes on it will get worse and worse. Men don't [realize] in the future they're asking for trouble.

Young surfers who like to dreadlock their hair, you see the traction alopecia through their scalp, not just along the frontal hairline margin.

Still, men with long, bun-swept and dreaded hair are a minority in the US and Australia when compared to those with short, traditional styles, leaving women to bear most cases of traction alopecia.

An easy fix for a guy who loves the look is to opt for a looser bun.

Ah, farewell, sweet hair trend. May you not end up in a dark basement somewhere with the mullet.

Citations: Your Man Bun Could Be Making You Bald, Hipsters (Huffington Post), Science Has Bad News for Guys With Man Buns (Mic)